‘The Bold and the Beautiful’ Spoilers for December 12th: The Fashion Games Kick Off 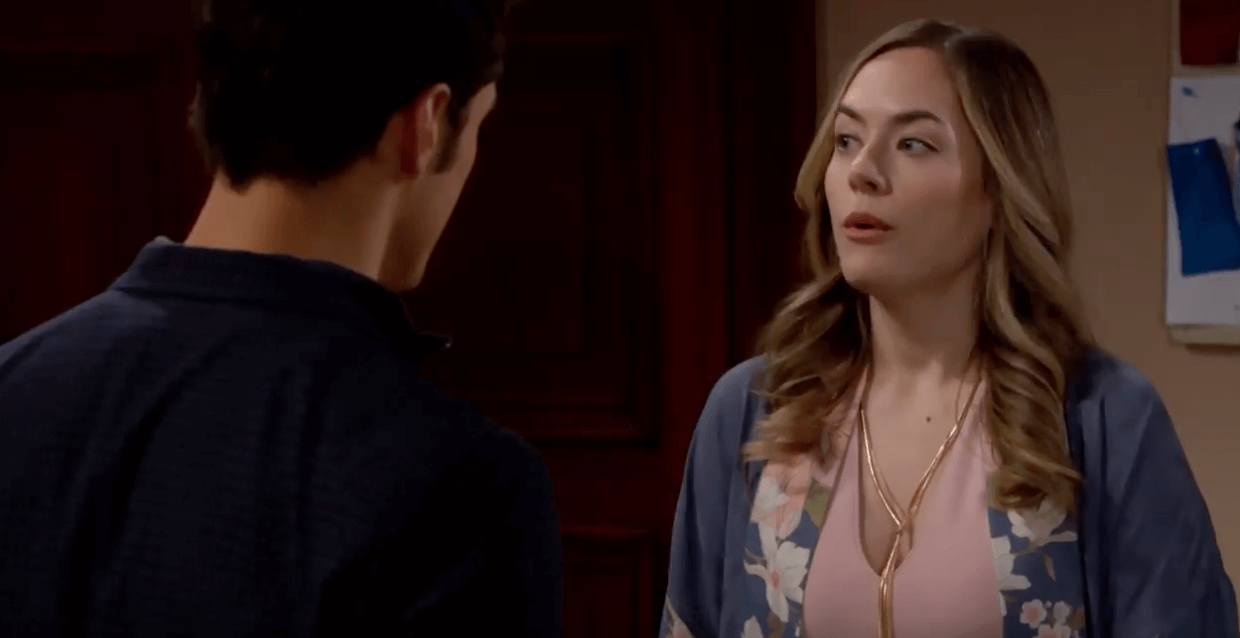 ‘The Bold and the Beautiful’ (B&B) spoilers for December 12th, 2019 indicate that Thomas Forrester (Matthew Atkinson) is still trying to work his rabbit’s foot right with Hope Logan (Annika Noelle) but this time he’s trying a slightly different strategy. He’s set up a ‘fashion showdown’ between the Hope for the Future line and his own sister, Steffy Forrester’s (Jacquelline MacInnes Wood) line in the form of a big fashion show. The winner gets to be the premiere youth-geared line for Forrester Creations. Initially Hope wasn’t too keen on this idea because she said the last time it happened she got shafted for Steffy’s line so she didn’t feel that it was worth doing. However, as fast as she said no, it looks like she’ll be doing a heel-face-turn in today’s episode.

‘The Bold and the Beautiful’ Spoilers: Game on, sis!

All of this will involve her being in close quarters with Thomas, but only in a professional capacity, that’s okay right? She even told hubby Liam Spencer (Scott Clifton) that she could ‘handle’ Thomas. (I don’t know if anyone cracked up at that point, but I sure did.) Who knew that Hope had a competitive streak in her a mile wide and wouldn’t turn down the chance to compete against Steffy. We sure didn’t know! Meanwhile, Steffy has employed Sally Spectra (Courtney Hope) as her designer for her line, so it looks like Hope and Thomas will be up against Steffy and Sally. The fashion show will be held in front of a bunch of buyers and whichever line gets the most buys, wins.

‘The Bold and the Beautiful’ Spoilers: You’re projecting again, Wyatt

While all of this is going on, Wyatt Spencer (Darin Brooks) will get a bit pensive. Recently, Sally Spectra   accidentally called him by his brother Liam’s name. A mix of his insecurity coupled with his own unresolved feelings for Flo Fulton (Katrina Bowden) led him to get mad at Sally and project his own feelings onto her, accusing her of having actual feelings for Liam. Sally vehemently denied such a thing because it’s true, she, legit, does not have any feelings at all for Liam. But we all know that Wyatt simply can’t leave well enough alone and will start to re-evaluate how he feels about Sally due to his growing, lingering feelings for ex Flo. He didn’t even want to elope when Sally suggested it – that’s bad!

‘The Bold and the Beautiful’ Spoilers: Maybe Liam should take over for Dr. Phil

Liam Spencer is the one he’ll be turning to for support today because he has a lot on his mind and Liam’s a good brother like that. He’ll tell Liam how things started off easy and fun with Sally but that he clearly has feelings for Flo which will be totally awkward. Probably Liam is the one that will help him figure this out and maybe help him sort through his feelings? Stay tuned!!!

‘Days of Our Lives’ Spoilers: Thursday, December 12th – How Will Justin React To Seeing Will Again And Baby Mickey Has Cancer!

CBS ‘The Bold and the Beautiful’ News: Jacqueline MacInnes Wood Gets Into…

CBS ‘The Bold and the Beautiful’ Rumors: Will Shauna Fulton Fight Her Way…

CBS ‘The Bold and the Beautiful’ Rumors: Hope To Give Birth To A…