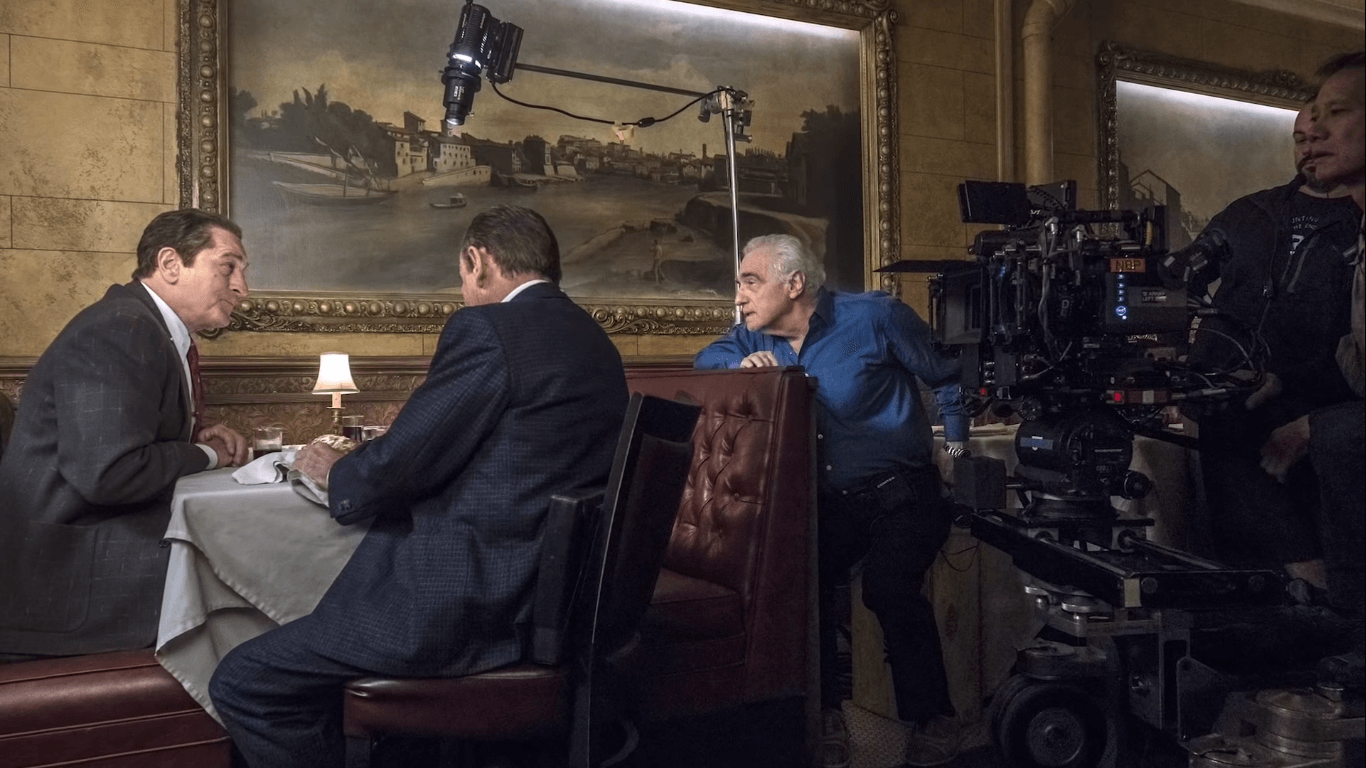 Netflix has been releasing interview videos from the cast of The Irishman and they’re nothing short of delightful. In their latest videos released on YouTube, Ray Romano, and Stephen Graham discuss what it was like to work with the legendary director Martin Scorsese in his latest mob film about the disappearance of Jimmy Hoffa and the life of Bufalino crime family, Frank Sheeran.

The Irishman released on Netflix last week on November 27th and has had a huge wave of rave reviews. Everyone from the actors who worked on it to the public has acknowledged the great mind of Scorsese and his adaptation of Charles Brandt’s novel, I Heard You Paint Houses.

“I don’t know how I got the job either.” Romano leads off his interview with this. Romano plays Bill Bufalino, a lawyer for the Bufalino crime family and is the one who helps Robert DeNiro’s character Frank Sheeran get off from stealing some meat slabs from his work. Through a series of events, he is the person responsible for re-introducing Sheeran and Russell Bufalino, played by Joe Pesci.

Widely recognized and coveted for his role from his sitcom Every Loves Raymond, this role is a departure from his usual comedic roots. He has strayed his path before, turning in a terrific performance as the photography shop owner with undiagnosed Aspergers in Parenthood and this is another role that people were pleasantly surprised by.

In the Netflix interview, he goes on to talk about what a privilege it was to work with Scorsese and how accepting he was, allowing actors to go with the flow and adlib. Check out the full interview below.

“It’s his storytelling. Both visually and the characters… you just become immersed in it.” Graham says of Scorsese. Graham portrayed Tony Provenzano in The Irishman, a mobster that runs into issues with Al Pacino’s Jimmy Hoffa quite frequently, including being late for a meeting.

Stephen Graham has worked with Scorsese before on his New York epic, Gangs of New York. Graham says at the end of filming, Scorsese told him they’d have to do this again sometime. Luckily for Graham, this came true when he was approached for The Irishman.

Graham closes out the interview by joking about Scorsese. The interviewer asked if Scorsese had told him they’d have to do this again, as he had at the ending of Gangs of New York, to which Graham is hesitant and jokes about it. In the end, he says yes. Yes, they’d have to do it again? Does this confirm that there will yet be another Martin Scorsese film?

Check out the full Netflix interview below.

What We Know About Netflix’s ‘The Gift’ – Releasing Decemember 27

Netflix ‘Too Hot to Handle’ Spoilers: Nicole O’Brien and Bryce…

Netflix: Tiger King and Too Hot To Handle Bizarre Friendship