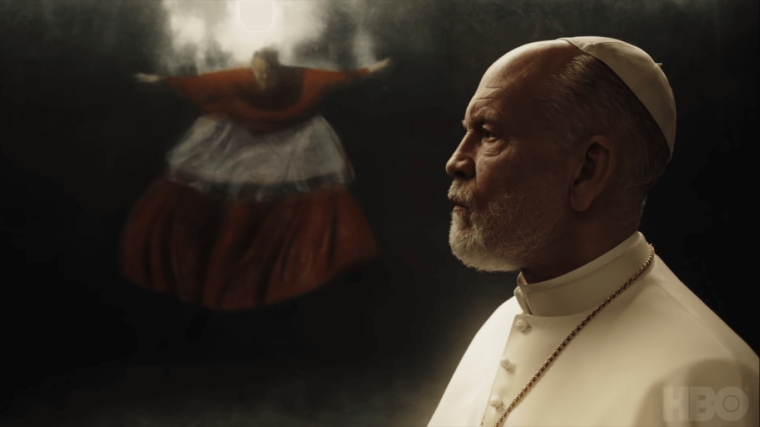 The New Pope by Paolo Sorrentino comes to HBO next year on January 13th. The New Pope is a series follow up to Sorrentino’s very successful show The Young Pope, released in 2016. The Young Pope followed Jude Law’s Lenny Belardo, the young and charming, newly elected Pius XIII, who is the first American Pope in history. As Belardo begins his reign, he is stubbornly resistant to the Vatican stewards, instead, relying on Sister Mary (Diane Keaton) to serve as his chief adviser.

After the success of the ten-episode series, creator Paolo Sorrentino saw an opportunity to continue his story. The New Pope, excellently titled, will follow John Malkovich’s Sir John Brannox as he takes the title role over from Lenny Belardo. He is colorful, charismatic, who lets the power seemingly go to his head and shows a complete lack of understanding for the position, or so it seems.

At the end of The Young Pope, Lenny Belardo has gone comatose, making way for Malkovich’s Sir John Brannox to take the role of Pope. After Brannox takes the position, Belardo awakens and the power struggle between the two takes form.

Upon awaking, Belardo is told that they’re in the midst of a crisis now. There is an overdose of scandals taking place under the supervision of “the new pope” and he must regain the power to set the church back on the right path.

Sir John Brannox is absolutely lost in his own power, thinking about only himself and what he can get his hands on. He treats the position like he is a rock star and walks around with an undeserved feeling of self-worth. John Malkovich portrays this perfectly in the trailers, and even the way he calls out, “Me, me, I am the Pope!” like a small child would yell “me, me” is spot on.

The immediate confrontation between Jude Law and John Malkovich’s characters is palpable and is bound to lead to a very crazy ending. Belardo still has many followers and people who claim he is still the rightful Pope, even gathering in masses outside his window as he rests.

The New Pope looks to play on tension and the disconnect of the two main characters. Sharon Stone and Marilyn Manson guest star in the new HBO series, The New Pope. You can begin watching it on January 13th, next year.