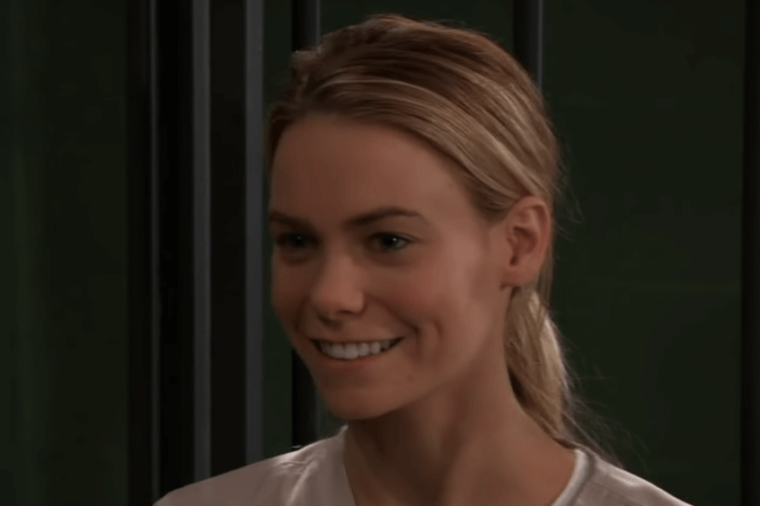 ‘General Hospital’ (GH) spoilers reveal there are some tough times in Port Charles for many. With Lucas Jones (Ryan Carnes) in a medically-induced coma, some are dealing with guilt, while others face fear and uncertainty. But this story isn’t the only plot impacting the town on Thursday, December 12th. Here’s what you need to know.

The teaser for Thursday says Brad Cooper (Parry Shen) will express guilt to Willow Tait (Katelyn MacMullen). We’re assuming she went to visit him for an update, and he’ll have plenty of reasons to feel the guilt. Before the accident, he and Lucas fought over Brad’s secrecy. He’d have every reason to want to change that and a lot of other things. We’re guessing his biggest regret is spilling the Wiley secret. That had to be a devastating blow to Lucas, something that would be a horrible final fight.

In other ‘General Hospital’ spoilers for Thursday, December 12th, Chase makes a discovery. There’s a good chance it might deal with the car accident. After all, Alexis Davis (Nancy Lee Grahn) told Julian Jerome (William DeVry) how great the PCPD forensics team is on Wednesday. However, there’s another option for this discovery. He’s working the GH shooting as well, and we all know what part Peter August played in that.

Everyone in the Corinthos family is feeling the pressure with Mike Corbin’s (Max Gail) current condition. Sonny Corinthos (Maurice Bernard) is having a hard time with the helplessness, something that’s impacting his relationship with Carly Corinthos (Laura Wright). On Wednesday, Josslyn Jacks (Eden McCoy) expressed concerns to Michael Corinthos (Chad Duell). He decided to follow up and talk to Sonny a bit. The more they spoke, the more concerned Michael looked. It seems he’ll take action Thursday, as he questions if this is what grandpa would want. We see this turning into a big family feud.

Meanwhile, Joss’ visit with Mike is looking like trouble. In the teaser for tomorrow, Mike tells them he wants out. As she and Dev Cerci (Ashton Arbab) are supposed to bond December 12th, we expect this visit leaves both of them uncomfortable and worried.

Finally, let’s talk about Ryan Chamberlain (Jon Lindstrom). Yesterday, Nelle Benson (Chloe Lanier) asked for his help to get out of Pentonville. She offers to be his eyes and ears in return. It worked, as we saw the beginning of their plan carried out. We assume it will pay off on Thursday, as we see Ryan say, “This isn’t what it looks like.” Knowing Ryan already killed someone there, we’re sure he’ll be back in solitary any time now. Ryan probably thinks he has nothing to lose, but everything to gain if Nelle succeeds in getting released thanks to a medical issue.