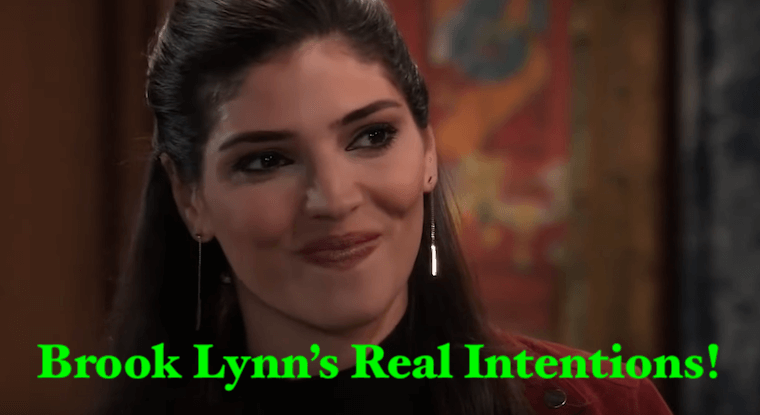 We know that Willow has been dealing with a potential pregnancy. Sasha Gilmore’s been helpful to her, but it turned out to be a lot of worry about nothing. Willow admitted to Sasha her scare was just that—a scare. However, that’s not the end of the situation.

General Hospital spoilers indicate Harrison Chase (Josh Swickard) told Willow he liked being an uncle because you have all the fun and none of the responsibility. While Willow doesn’t have to worry about his ability to handle a kid just yet, this will lead to questions. On December 6th, she’ll start a conversation with him about children. We’re sure this will lead to her telling him about the scare.

We all know Lulu Spencer (Emme Rylan) and Brook Lynn (Amanda Setton) had a confrontation over Thanksgiving. While this character has mostly just been hanging out and passing judgement, we’re sure there’s a bigger purpose in mind for her return. We’ll get to her character again tomorrow, when Lulu tells Maxie Jones (Kirsten Storms) Brook Lynn’s returned. General Hospital spoilers say our newest returnee will duke it out a bit with Olivia Quartermaine (Lisa LoCicero) to close the week. We’re sure this is going to be a good one.

We’re also going to deal more with the Frankendrew (Roger Howarth) situation Friday. The promo and teasers hint that Peter August (Wes Ramsey) is feeling guilty. He’ll admit his bad choices are what put Elizabeth Webber (Rebecca Herbst) in her current situation. Is this genuine remorse, or is he aiming for Liz to talk Frankendrew out of the procedure? We know this procedure has the chance to further cement the Drew Cain (Billy Miller) consciousness. That’s something Peter doesn’t want. We’ll have to tune in to find out.

Also, we’ll see Frankendrew with Ned Quartermaine (Wally Kurth) tomorrow. Frankendrew will be completing a last act as Drew. This is sure to be an interesting moment, as Roger Howarth has done great with his “dual” role.

Finally, expect a little plotting between Jason Morgan (Steve Burton) and Sonny Corinthos (Maurice Bernard) tomorrow, as well as a follow-up to Thursday’s revelation for Ava Jerome (Maura West). Trina Robinson (Sidney Mikayla) will also be in Friday’s episode, helping at the Gallery. Given what we saw Thursday, she’s likely to have quite a job on her hands.