‘General Hospital’ Spoilers Friday, December 13: Peter In Big Trouble – Sonny Blasts Carly & Jax For Lying To Him – Charlotte Catches Nikolas With His Pants Down – Ned Closes In On Sam Truth 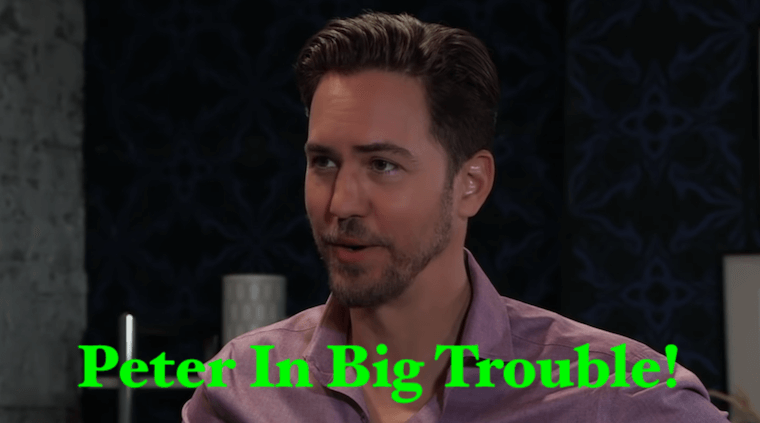 ‘General Hospital’ (GH) spoilers update for Friday, December 13 reveal that it’s time to pay up. Several characters have secrets to hide, and these secrets look to take the spotlight on Friday, December 13th. We might also see the pay off to a moment from a while back. Can’t wait until tomorrow? Let’s take a look at some teasers and what they could be referring to.

First of all, let’s take a look at Sonny and Carly Corinthos (Maurice Bernard and Laura Wright). The pair have certainly had their share of tension in recent weeks. But things are about to get worse. The preview for tomorrow shows Sonny accusing Carly and Jasper Jacks (Ingo Rademacher) of lying to him for weeks. We can only assume this will stem from Sonny’s doubts about Jax’s story regarding Josslyn Jacks (Eden McCoy) moving in.

‘General Hospital’ spoilers for Friday, December 13th also tease that Sonny will deflect. Given yesterday’s events, we assume Carly will push again about Mike Corbin (Max Gail) and Sonny’s plans. With Joss and Dev Cerci (Ashton Arbab) witnessing Mike’s strange behavior yesterday, we assume she’s trying to talk him out of this medical trial, and gives Sonny an opening to bring up Carly’s suspected lies. He’s understandably sensitive about his father and how she and Michael Corinthos (Chad Duell) seem to want him to leave things be.

A little while back, Charlotte Cassadine (Scarlett Fernandez) saw Nikolas Cassadine (Marcus Coloma) at Wyndemere. He lied about being her secret bodyguard and convinced her to stay quiet. However, she later saw his picture on Lulu Falconeri’s (Emme Rylan) phone. Since Charlotte is supposed to tell someone she knows who they are, we’re assuming she did actually ask Lulu about the man in that picture. Also, we guess she catches him in another break-in.

Two bits in the preview for tomorrow lead us to wonder if Nikolas’ secret might be revealed by other means. ‘General Hospital’ spoilers indicate Curtis Ashford (Donnell Turner) will suggest Laura Webber (Genie Francis) looks closer to home. Could he be trying to suggest the chance Nikolas is alive? We’ll have to wait and see on that.

Another event tomorrow makes us wonder if the Nikolas situation is too hard to hide. Jax is going to tell Nina she must be troubled by the possibility. Our best guess on that scene is, she’s trying to recruit Jax for her plot and floats the ring find out there. Poor Jax, if that’s the case. Can we say, “awkward?”

Sam’s case will continue to be at the forefront tomorrow. Yesterday, Jason Morgan (Steve Burton) asked Ned Quartermaine (Wally Kurth) if there was anything he could do to help Sam’s chances. ‘General Hospital’ spoilers for tomorrow tease he’ll tell Anna Devane (Finola Hughes), “He’s the reason Sam’s in prison.” At first glance, we’d say he’s referring to Shiloh and wondering if Anna might have any pull with the feds to help her. However, we have another thought. He’s already suspicious of Peter August (Wes Ramsey). Is he about to reveal those doubts?

Speaking of Peter, will guilt be too much for him? We all know what Peter’s really up to, but most of the characters don’t. Friday, he’ll tell Elizabeth Webber, “I only did what I had to do.” We can only assume she’s expressing more gratitude and hero worship for the man who saved Frankendrew (Roger Howarth). Our theory is, this hero stuff will be hard to take for him, but will that be enough to make him spill the beans? We’ll have to wait and see.

Emmerdale Spoilers: Moira To Have A Christmas To Forget