El Sultán spoilers reveal that Sultan Suleimán (Halit Ergenç) is a tough ruler. In the premiere week, he had someone executed for not handling traders as fairly as he’d ordered. His justice in that case was swift, but he has another side to him. Recent episodes show he also has a deep love for his son, Mustafá (Yusuf Berkan Demirbag). He showed mercy recently, but if things keep going as they’re going, some people are going to suffer in that palace. Here’s what you need to know. 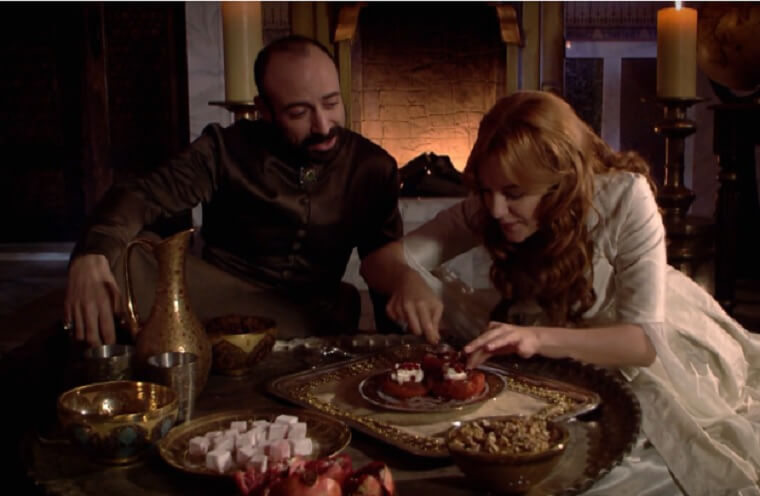 Most of the problems currently in the palace are because of Sultana Mahidevran’s (Nur Fettahoğlu) jealousy of Hürrem (Meryem Uzerli). Since becoming the Sultan’s favorite concubine, she’s been targetd by Mahidevran. El Sultán spoilers relate she had Hürrem’s ring stolen, beat her, and even had a servant put poison in Hürrem’s food. This latest act might just be the clincher for her future in the palace.

It doesn’t take a historian to know it’s a bad idea to cross a Sultan. Especially when that means poisoning his favorite. With food he could theoretically eat. When Hürrem fell ill, he lost it. As the Telenovela Gods are fond of doing, Mahidevran just hastened what she didn’t want. Given Hürrem’s pregnant, he’s even more concerned for Hürrem’s well-being. This led Suleiman to grow even fonder of his favorite. However, it also woke up his temper.

Suleiman was outraged at the traitorous move and ordered the culprit be found. Despite a couple of tricky moves on Mahidevran’s part, it doesn’t take long for İbrahim Pasha (Okan Yalabık) to realize who orchestrated this. This is where things get surprising. 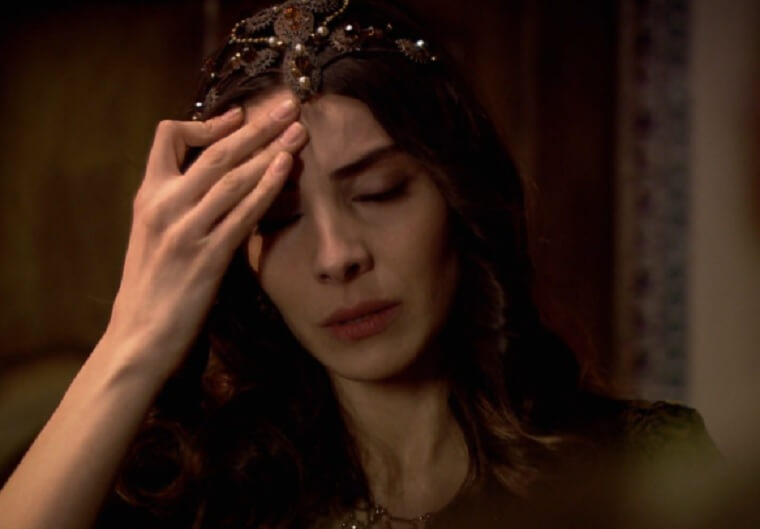 Our Sultan was all ready to rain fury on Mahidevran for her act. He entered her chamber with the intent of confronting her. However, El Sultán spoilers indicate he thought better of this when watching her comfort their son. She’s not forgiven, he made that clear to Ibrahim, but he’s going easy on her for the child’s sake. It’s an interesting soft side to this ruler, who’s already let Hürrem get away with a few taboos. Like when she called out to him while standing in line.

Teasers for Monday, however, suggest he might be a little more forceful at least. We saw a clip of Ibrahim and Mahidevran talking in a room, with the Sultan yelling in the background. He’ll definitely be making things crystal clear about who runs this palace, something a lot of people seem to forget.

El Sultán spoilers: Telemundo brings Turkish story to the US