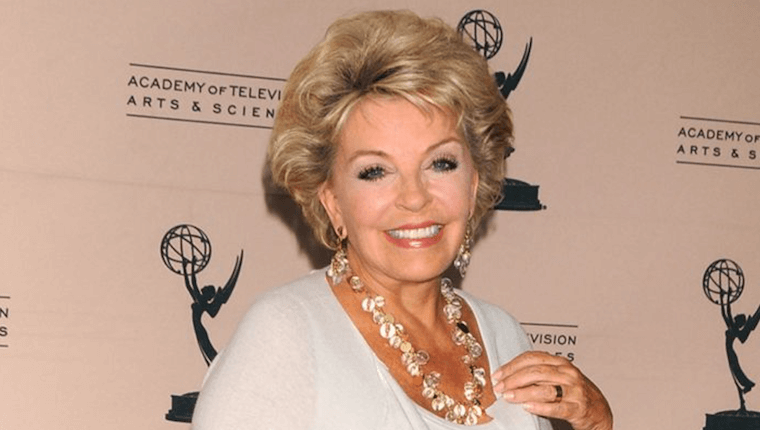 ‘Days of Our Lives’ (DOOL) spoilers reveal Susan Seaforth Hayes (Julie Williams) has reached a huge milestone. Recently, the actress celebrated 51 years on the air. We might have issues at time with the character, but the actress is awesome. As newer viewers, we love seeing the occasional flashbacks to earlier days. Let’s talk a bit about why.

With Julie Williams’ pre-time jump health scare, we were treated to some soap history. New viewers got to see clips of Hayes in action, as Julie and Doug Williams (Bill Hayes) looked back on better days. See what we did there? Anyway… the clips showed a fun, interesting love story that has lasted longer than pretty much any of the current primetime shows have been around. That’s something awesome and unique to the soap genre, and the part we love most. Today, Julie and Doug are the elder statesmen, the ones that other characters sometimes go to for advice. They also provide a setting for making memories through their club, now known as Julie’s Place.

It’s interesting, through the old clips, to see Julie’s journey from daughter to matriarch. You really don’t get that outside of soaps. The world and family legacies are the real star, as actors come and go. Fans see characters go from kids to young adults with major stories (and romances) of their own. ‘Days of Our Lives’ spoilers hint that tradition is safe for a while. Not only has the show been renewed for another season, but we’ve seen the introduction of baby Mickey and little David. Chad DiMera (Billy Flynn) and Abigail Deveraux (Kate Mansi) recently returned to Salem with their own two kids. The idea these characters might one day be grown and in the spotlight adds a sense of reality amidst the over-the-top drama.

‘Days of Our Lives’ spoilers: The Future

It’s sad to think there are so few of these shows left. Back in the genre’s glory days, there were multiple shows on every network. Now, only four remain. And the daytime landscape continues to be tough, with some shows struggling in a timeslot more vulnerable to preemptions. With the recent hearings and the holidays coming up, for example, there have been plenty of shakeups through the year’s end. We think this genre needs to survive in some other medium, even if talk shows and similar programming push them out one day. There’s no other genre where generations of audiences can see the characters grow and change along with them.