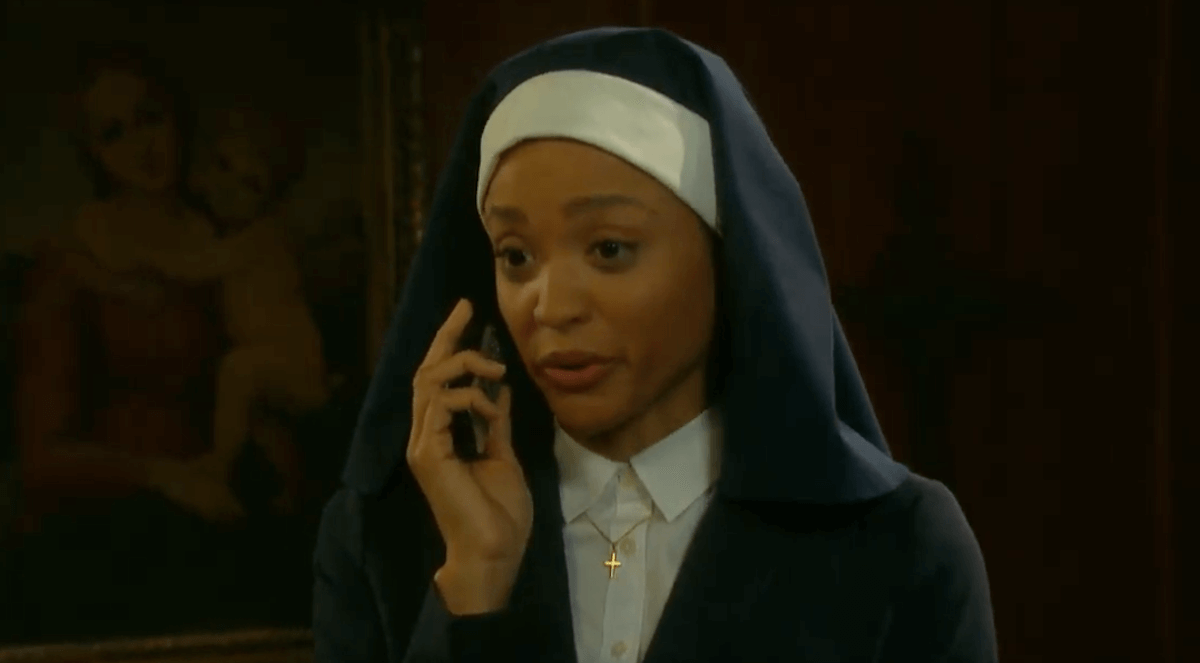 Days of Our Lives spoilers for Friday, December 6th promise a war is on the way. Yes, we know. Nothing new in Soap World, especially on Days of Our Lives (DOOL). In a post-time jump Salem, nothing is off limits. However, one of the main things to play out proves the more things change, the more they stay the same. Here’s what you need to know.

So, what’s changed? We know that Gabi DiMera (Camila Banus) is in charge of DiMera. This is after going through a revolving door of several people right before the time jump, with the most recent CEO being Tony DiMera (Thaao Penghlis). In the year since, it looks like the company has enjoyed a bit of stability. However, that all might be about to change.

In a case of staying the same, that revolving CEO door might not be done just yet. This week, Chad DiMera (Billy Flynn) was planning a trip to Rome without Gabi’s knowledge. It turns out word has hit the streets Kristen DiMera (Stacy Haiduk) is ready to unload her shares now that she’s committing to a Godly life as a nun. This will turn ugly tomorrow, as Days of Our Lives spoilers indicate Friday will mark the begging of a war between Chad and Gabi.

Poor Eli Grant (Lamon Archey) will be dragged in the middle, for sure. Gabi already asked him to get on that jet first and beat Chad to it. After all, she (or he) who controls the most stock solidifies their power. The question we’ll have to wait on is… who will win? We’re placing our bets on Gabi losing out. She’s had a bad track record of revenge schemes and keeping them going. We don’t see a reason for this to turn out differently. Speaking of revenge (and Kristen)…

Days of Our Lives spoilers: On the trail

We all know JJ Deveraux (Casey Moss) is seeing red over Haley Chen’s (Thia Megia) death. Kristen was responsible (though remorseful) and he wants her to pay. This week gave him an opening, as Kristen called to check in on Jennifer Horton (Melissa Reeves). Days of Our Lives spoilers indicate that he’ll follow Eli to Rome in hopes of finding Kristen. Will he be the person from Salem Lani Price (Sal Stowers) runs into Friday, or is it Eli? Time will tell on that one.

Days of Our Lives spoilers: Tragedy ahead?

We know there’s been more than enough tragedy in town. But it looks like the Soap Gods are not done with Salem yet. Eric Brady (Greg Vaughan) will learn little Mickey has a fever on Friday. Spoilers looking further ahead indicate there’s very bad news on the way.

‘General Hospital’ Spoilers: Carly Calls The Calvary While Brad Has A Pity Party