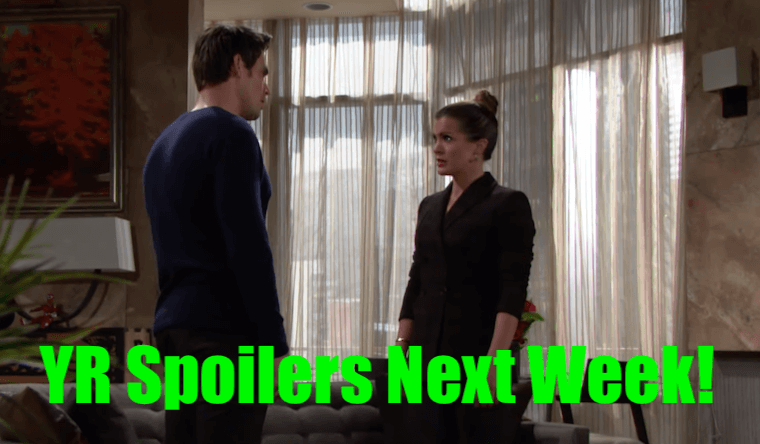 ‘The Young and the Restless’ (Y&R) spoilers for the week of Monday, December 2 to Friday, December 6 relate yet another one that fans won’t want to miss. Now that everyone is feeling quite stuffed after their turkey dinners, they are going to be looking to burn some of that energy on others. In other words, fans should expect to see some incredible scenes as the drama in Genoa City is about to get at an all-time high. Read on for all of the latest spoilers.

‘The Young and the Restless’ Spoilers: Monday, December 2

The week will kick off with Nate Hastings (Sean Dominic) forced to defend Amanda Sinclair (Mishael Morgan). What is it that she’s done this time around? Elsewhere, Chelsea Newman (Melissa Claire Egan) will make a not so surprising move, as she packs her bags and makes her way from one Newman brother to another. Also, Devon Hamilton (Bryton James) is on a mission to find someone important.

‘The Young and the Restless’ Spoilers: Tuesday, December 3

Realizing that they have had just as many good times as they have had bad, Nick Newman (Joshua Morrow) and Phyllis Summers (Michelle Stafford) think about the good times they’ve had. Could this mean they are willing to give their romance a reboot? Billy Abbott (Jason Thompson), meanwhile, flirts with danger while Victoria Newman (Amelia Heinle) gets the apology that she deserves.

‘The Young and the Restless’ Spoilers: Wednesday, December 4

Seeing that she doesn’t have many options on the table right now, Summer Newman (Hunter King) seriously considers a future with Theo Vanderway (Tyler Johnson). But is this one decision that she will soon end up regretting? Elena Dawson (Brytni Sarpy) and Devon Hamilton’s (Bryton James) relationship faces a test while Billy Abbott (Jason Thompson) tries to hide a secret.

‘The Young and the Restless’ Spoilers: Thursday, December 5

Adam Newman (Mark Grossman) takes a step back and considers what kind of role model he wants to be for his son, Connor. Elsewhere, Phyllis Summers (Michelle Stafford) Abby Newman (Melissa Ordway) both take their frustrations out on each other. Needless to say, this is not going to end well at all.

‘The Young and the Restless’ Spoilers: Friday, December 6

Once again, Devon Hamilton (Bryton James) has another reason to sleep with the lights on as he is haunted by the past. Billy Abbott (Jason Thompson) and Amanda Sinclair (Mishael Morgan) find themselves in very close quarters while Chelsea Newman (Melissa Claire Egan) decides she needs to do what’s best for Connor.

‘Young and the Restless’ airs weekdays on the CBS network. Check your local listings for times. In the meantime, drop us a line with your thoughts in our comments section below. And as always, don’t forget to come back to Daily Soap Dish for all the latest news, updates and spoilers on all of your favorite daytime television soaps right here. For more royal and celeb baby news, come back to Celeb Baby Laundry.