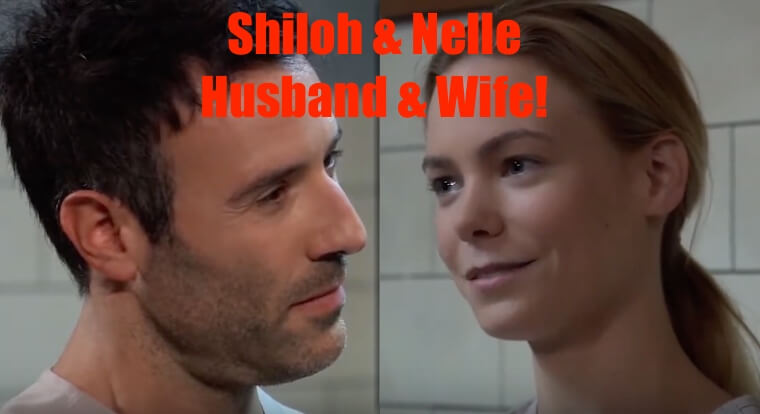 ‘General Hospital’ (GH) spoilers reveal that Nelle Benson (Chloe Lanier) has a secret. We haven’t seen her since her failed parole hearing, which led to lots of drama between Bradley Cooper (Parry Shen) and Lucas Jones (Ryan Carnes). She reappeared in the Thursday, November 7th episode with a big reveal. Here’s what you need to know.

Nelle met with her lawyer, Martin Grey (Michael E. Knight) on Thursday. She was obviously angry about how her hearing turned out. Martin didn’t help when he said he expected her to fail, and it was going to take time. She’s not a patient girl. She’s got people to de-er, things to do. She’s determined to get out, so she makes a deal.

During their conversation, Martin mentioned something that he’d found in her file. Something she failed to disclose to him upfront. That actually doesn’t make her a very attractive client in his eyes. He felt if he had that information, it could have helped her case. So, what was it?

Turns out, Nelle recently married. She was also recently widowed, as the guy died. Of course, she had nothing to do with it, something that Martin’s glad to hear. During their conversation, she doesn’t mention a name. At least, not that we viewers are shown. It’s strongly implied, though, that Martin does know who the groom was.

So, who is it? Our one and only candidate at this point is Shiloh Archer (Coby Ryan McLaughlin). That would fit the profile of a less-than-stellar person that wouldn’t help her case. He also recently died, and there’s money to be had. Specifically, the ELQ stock. Plus, we did see them getting a bit friendly after an initial issue, thanks to Wiley. Add in the fact they have a common enemy in the Quartermaine family, and we can totally see them marrying to join forces against them.

Martin initially hesitated to keep her on. Nelle wasn’t upfront with him. This is also a pro-bono case, so there’s not a huge incentive to stick around. Not even her promise of lots of money after she’s released is helping. As far as he’s concerned, that’s a theoretical. When she reveals her groom to him, though, that changed everything. That’s when things got weird.

After leaving Nelle behind, he went to make a phone call. This call turned out to be to Valentin Cassadine (James Patrick Stuart), of all people. Their conversation implied that Martin has some good news for him. What possible connection there is to Nelle and the ELQ thing, we don’t know. We’ll definitely be keeping an eye out in future episodes.

‘Days of Our Lives’ Spoilers: Marlena Her Own Worst Enemy, Starts Feud With Xander!