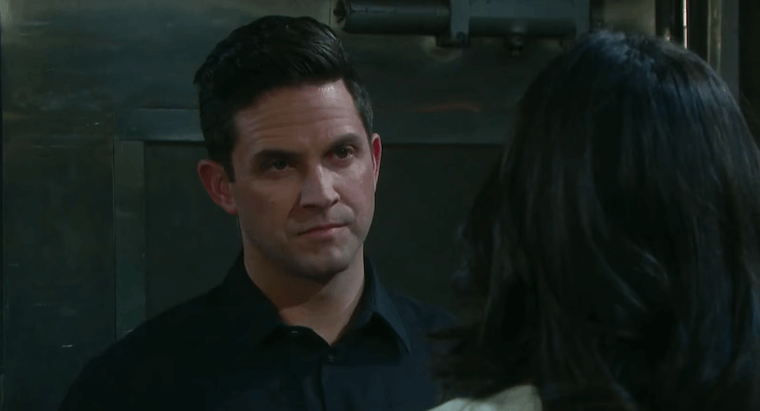 ‘Days of Our Lives’ (DOOL) spoilers finds that Tyler Christopher was starring as Stefan DiMera, but he has left the show. We can now see a new look on DiMera and a new actor playing him. This is the son of the villain, Stefano DiMera (Joseph Mascolo). Christopher was only in the role for about a year and then Brandon Barash replaced him in March of this year.

We first saw Stefan in December of 2017. We found out that he was Stefano’s son and then we found out that Chad DiMera (Billy Flynn) was his brother. Stefan took over for DiMera Enterprises and took on the role of CEO. A lot of drama has ensued since his takeover and there always seems to be something that the DiMera’s need to do in Port Charles.

Stefan hasn’t stayed out of trouble and clearly he has his father’s genes. Chad’s wife, Abigail Deveraux (Marci Miller) had become one of Stefan’s conquests. Abigail will not have anything to do with him though, or will she.

Abigail was diagnosed with DID and we discover that she has many personalities. One of them is named Gabby and she ended up getting into bed with Stefan. Chad actually found them together in the bedroom and beat Stefan so badly that he almost died!

‘Days of Our Lives’ News: Stefan’s Other Loves

Stefan has found love in many women on ‘General Hospital’. Another one of his love interests is Chloe Lane (Nadia Bjorlin). Stefan asked her to move into his mansion so he could protect her from gangsters that were trying to kill her. This situation ended up taking a bizarre turn for Stefan as well.

Stefan DiMera may seem like a bad guy to many soap fans, but we see him as someone who is very complex. His genes have done so much for his life and it is hard to blame him for the things he has done. We think that he deserves more credit than he has gotten on ‘General Hospital’.

‘Days of Our Lives’ Spoilers: Lani Dumping Eli Revisited – Did She Make the Right Choice?

The Young and the Restless Spoilers: Simon Black Is Gone – Chelsea Newman Relieved

NBC ‘Days Of Our Lives’ Spoilers: Star Shares A Special Anniversary This…

NBC ‘Days of Our Lives’ Spoilers Update: Kristen Still In Shock Over…