‘Bold and the Beautiful’ Spoilers: Will Hope Logan Go To Jail For Attempted Murder On Thomas? 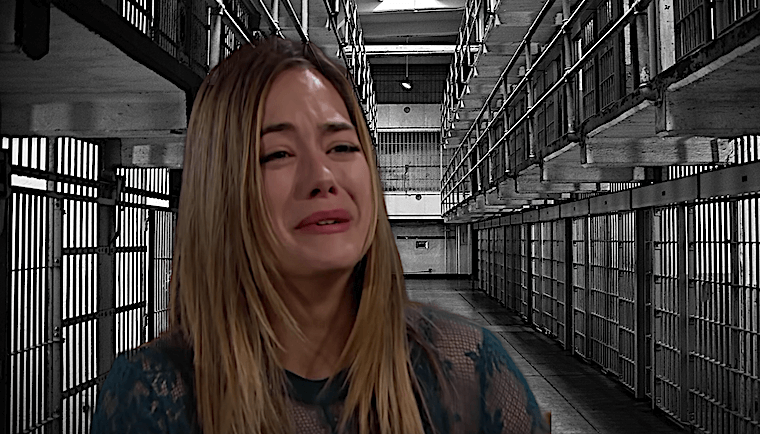 ‘Bold and the Beautiful’ (B&B) spoilers tease there’s a strong possibility that Hope Logan (Annika Noelle) might end up going to jail for the attempted murder of Thomas Forrester (Matthew Atkinson). And this time around Ridge Forrester (Thorsten Kaye) won’t so kindly save her and bail her out the same way he did for Flo Fulton (Katrina Bowden). Here’s what you need to know!

‘Bold and the Beautiful’ Spoilers: Will Hope Logan Go To Jail For Attempted Murder On Thomas?

Needless to say, Hope Logan is a person who has lived a life of privilege and someone who is used to always getting what she wants. So, it shouldn’t come to anyone’s surprise that she knows no boundaries when it comes to getting something that she wants. As many fans know, Hope Logan and Thomas Forrester had an all-out fight right before it appeared as though Thomas died after falling into container of acid. While his death is yet to be confirmed – or his body even found for that matter – Hope is guilt-ridden, believing that she killed her ex-husband.

‘Bold and the Beautiful’ Spoilers: Will Hope Logan Go To Jail?

‘Bold and the Beautiful’ spoilers tease that Hope is going to be on pins and needles while trying to locate Thomas in the next couple of episodes. Little does she know that Thomas is indeed alive, but in hiding. He might be a little beaten and battered (if not also a little bit poisoned), but he’s not dead. He’s going to get his revenge on Hope by doing what he does best and that’s making sure that she suffers for almost killing him. And just to think, this has been the second attempt on Thomas’ life in just a few short months!

With that said, does this mean Hope Logan will end up going to jail for a crime that she possibly committed? If Thomas ends up staying in hiding, there’s a strong possibility that Douglas Forrester’s new ‘mommy’ will end up parenting him behind bars. If anything, that’s one way that Thomas can stop Hope from her aggressive actions of trying to take his son away from him. Of course, fans will have to tune in for all of the action!

For now, drop us a line with your thoughts in our comments section below. What do you think will happen next? And as always, come back to Daily Soap Dish for all the latest news, updates and spoilers on The Young and the Restless, The Bold and the Beautiful, General Hospital and Days of Our Lives. For more royal and celeb baby news, come back to Celeb Baby Laundry.

‘General Hospital’ Spoilers: Lucas Cuts The Cord On His Relationship With Julian

CBS ‘The Bold and the Beautiful’ Spoilers: Quinn Forrester Dumped –…

CBS ‘The Bold and the Beautiful’ Spoilers: Ridge Discovers The Ugly Truth…

CBS ‘The Bold and the Beautiful’ Spoilers: Katie Logan Has One Foot Out…