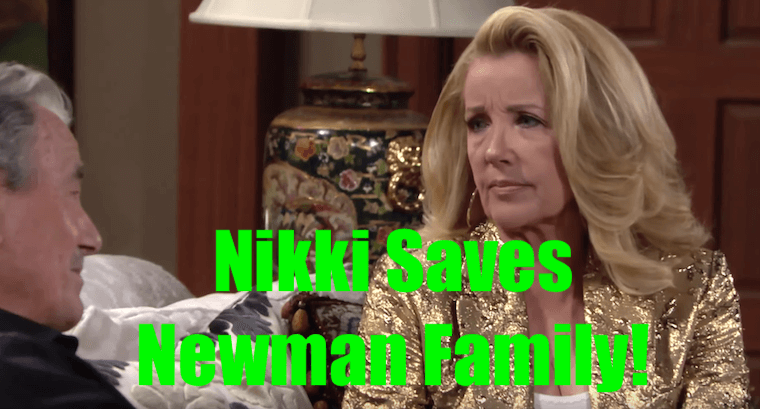 The episode begins with Victor making a deal with his wife Nikki. They are working together to hopefully mend things in the family after the fallout of Victor’s fake death. They also know that they have to fix Newman Enterprise’s reputation as the news of Victor’s death has now rippled throughout Genoa City. Both Victor and Nikki are confident that they can fix things. The Young and the Restless spoilers also tease that Victor will make a stunning discovery.

Elsewhere, Elena is worried about Devon as he simply can’t get Amanda out of his head and for obvious reasons, too. Just when things were getting better for Devon, he is about to have yet another downward spiral. As much as Elena was trying to move forward with Devon, it doesn’t look like that’s going to happen anytime soon.

Also, Victor goes on the attack and rages at Billy Abbott for the business proposition that he made to Victoria. He’s none too pleased that Billy is trying to recruit his daughter away from Newman Enterprises and makes his thoughts known for sure. While all this is going on, Phyllis Summers (Michelle Stafford) has packed her bags and went to Las Vegas. Little does Cane Ashby (Daniel Goddard) know what to expect when he sees her there, and this whole scenario with Adam Newman is coming to a head.

‘Days of Our Lives’ Spoilers Update: Brother Rafe Is Gabi’s Voice of Reason, Gets Her To Donate Stefan’s Heart – Julie Survives!