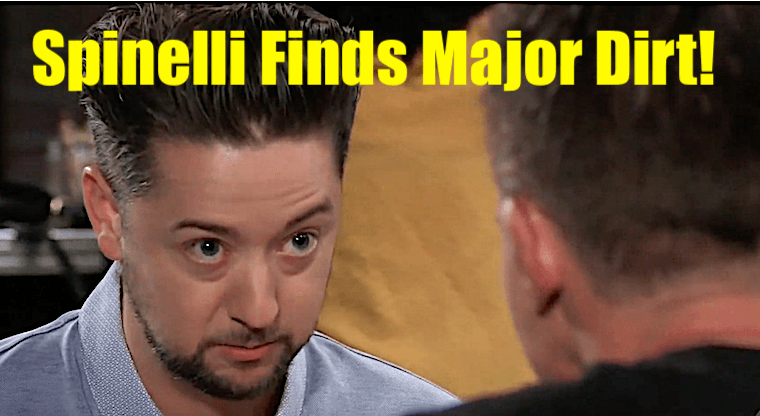 ‘General Hospital’ (GH) spoilers for Wednesday, October 9 is here. Damian Spinelli (Bradford Anderson) is back and is using his tech skills to help out a good friend in need, Sam McCall (Kelly Monaco). Realizing that the walls might be closing in on him, Peter August (Wes Ramsey) cringes as he’s in a situation that he can’t get out of. Robert Scorpio (Tristan Rogers) has some rather sad news to share. It appears as though Sam is going to jail after all. Here’s what you need to know.

Things aren’t looking so good for Sam McCall in this episode. While digging up some dirt on Dawn of Day and Shiloh Archer (Coby Ryan McLaughlin), Spinelli ends up finding some information on both Sam and Peter August. He ends up finding out a few things that will be hard to ignore. At the same time, Robert Scorpio lets everyone in on the bad news. Does this mean that Sam is going to jail for the murder of Shiloh Archer? It’s going to be very hard for her to prove her innocence at this point.

Elsewhere, Ava Jerome (Maura West) decides that it would be a good idea to see Ryan Chamberlain (Jon Lindstrom) in prison. But this is only because she wants him to stop writing her all of those letters. She’s also going to make it pretty clear that he has no chance in hell with her, even after he is released from prison. As Ava leaves Ryan, she can’t help but wonder if he is indeed right after all… a dark part inside her knows that Ryan isn’t far from the truth.

Also, Carly Corinthos (Laura Wright) is still in the hospital but not feeling herself. She feels the need to apologize for everything that has happened so far. Jordan Ashford (Briana Henry) comforts Curtis Ashford (Donnell Turner), as he is about to lose a partner. Of course, fans will have to tune in for all of the action!