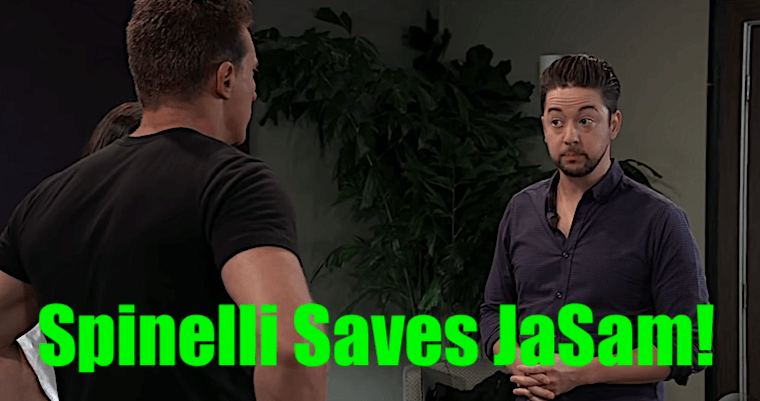 It begins with Michael and Sasha sitting down and talking about what steps she needs to take next. Sasha has already told tell Nina Reeves (Cynthia Watros) the painful truth that she is in fact not her daughter. Even though Sasha is an imposter that really shouldn’t be trusted, Michael decides to hear her out and tells her that he will support whatever decision she makes, no matter what. Michael is giving Sasha a second chance in this betrayal, remains to be seen if other Port Charles residents will be as forgiving.

‘General Hospital’ spoilers tease that Sasha was barely able to get this off her chest but she did so anyway. Valentin Cassadine (James Patrick Stuart) was quite upset over this while Nina Reeves (Cynthia Watros) was left in shock, no less. How will this change things between Nina and Sasha? Fans will find out soon enough. Also, Nina and Jasper ‘Jax’ Jacks (Ingo Rademacher) are now bonding in light of Valentin’s involvement in Sasha’s lie, so watch out for a major rivalry there.

Elsewhere, Charlotte and Lulu bond. Spinelli finds out some new information that might help get Sam out of serving her jail time. That is, if the authorities cooperate with the case. Either way, Jason Morgan (Steve Burton) is being as supportive as he can be during this very difficult time for Sam. The two of them know that they have to work fast before things start crashing down on them. Also, Alexis Davis (Nancy Lee Grahn) has a new plan in mind. Fans will have to tune in to ‘General Hospital’ on the ABC network to find out what will happen next!

‘Young and the Restless’ Spoilers Thursday, October 10: Chelsea Has Had Enough, Kicks Nick To the Curb – Chick No More!