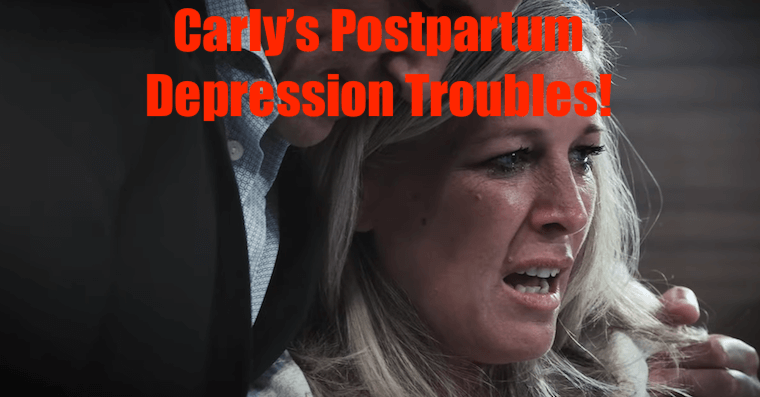 ‘General Hospital’ (GH) spoilers tease that it’s going to be a long road ahead for both Carly Corinthos (Laura Wright) and Sonny Corinthos (Maurice Benard). They are overjoyed with the birth of their daughter, Baby Donna Corinthos. And while the entire family is celebrating the birth of their newest member, hardship is ahead. Here’s what you need to know.

Even though Carly told her daughter Josslyn Jacks (Eden McCoy) and her father Jasper Jacks (Ingo Rademacher) that Baby Donna is perfect in every way, Carly knows in the back of her head that her life is going to be very different now. Donna was born with spina bifida, which is a birth defect that occurs when the spine and spinal cord don’t form properly. When treatment is necessary, it’s done through surgery to close the defect. Other treatments focus on managing complications. And although surgery has been successful, given everything else going on in Carly and Sonny’s lives at the moment, this will be the most difficult baby they’ve ever had to bring up.

Carly is trying to put on a smile, but she already knows that there is a difficult road ahead of her. As a matter of fact, ‘General Hospital’ spoilers tease that Carly is going to blame everything on herself which is prompting a lot of people to wonder whether or not she might have postpartum depression. When it comes to PPD, symptoms might include insomnia, loss of appetite, intense irritability, and difficulty bonding with the baby.

‘General Hospital’ is one daytime television series that knows how to tackle difficult subjects. After all, the series has touched on Sonny Corinthos’ bipolar disease (which consequently is the same disease that actor Maurice Benard has and has been very open about). Will the show also touch on the many emotions that new mothers have? Will Carly try and hide her PPD or will it be something that will impact her entire family? Fans will find out soon enough!

‘Bold and the Beautiful’ Spoilers: What Happened To Ronn Moss? Life Update On Original Ridge Forrester!