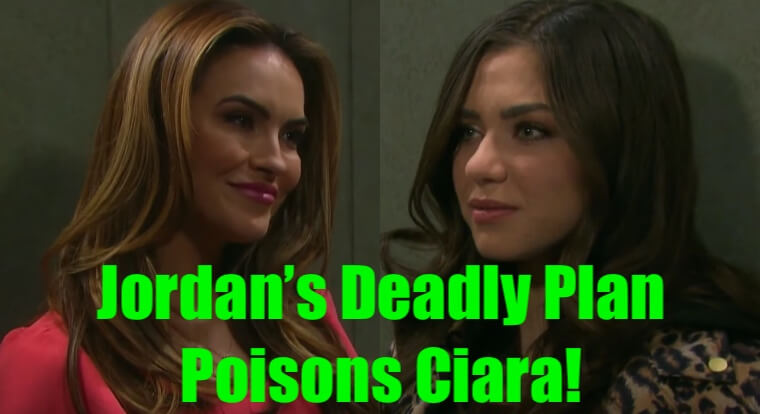 ‘Days of Our Lives’ (DOOL) spoilers for the week of Monday, October 21to Friday, October 25  indicate that there is going to be plenty of twists and turns in the coming days for some of our favorite residents in Salem. Some people will want to close some chapters while opening up new ones. Here’s what you need to know.

Not one to let go of her pride, Eve Donovan (Kassie de Paiva) refuses to sign her divorce papers from Jack Deveraux (Matthew Ashford). She even goes one step further and threatens Jennifer Horton (Melissa Reeves). She will eventually give in and sign them, however. Brady Black (Eric Marstolf), meanwhile, is supporting Kristen DiMera (Stacy Haiduk) during a medical crisis. Will she make it full term with her pregnancy? However, Eric has no intentions of getting romantic with Kristen again.

Jennifer Horton realizes that her “happily ever after” with Jack Deveraux (Matthew Ashford) is anything but as their romantic plans hit the skids. She gets a hold of Dr. Rolf’s (William Utay) flash drive and tries to hack it to see what he has been up to. Elsewhere, adamant to kill off Ciara Brady (Victoria Konefal) one way or another, Jordan Ridgeway (Chrishell Hartley) bakes up a very deadly plan. She invites a few people to David’s party.

It begins with Justin Kiriakis (Wally Kurth) popping the all-important question to Adrienne Kiriakis (Judi Evans). Elsewhere, Eli Grant (Lamon Archey) and Lani Price (Sal Stowers) plan their own wedding now that Julie Williams (Susan Seaforth Hayes) is up and running again. However, their happiness is going to be short lived thanks to Gabi Hernandez (Camila Banus), especially after she hears about their plans.

Jack Deveraux (Matthew Ashford) has a big question to ask Jennifer Horton (Melissa Reeves). It looks as though he did manage to coerce Eve Donovan (Kassie de Paiva) to signing their divorce papers. On the day of Stefan DiMera’s (Brandon Barash) funeral, Gabi Hernandez (Camila Banus) vows to get her revenge on everyone who has done her wrong. Even though she’s not feeling well, Kristen DiMera (Stacy Haiduk) wants to attend her brother’s funeral.

Ciara Brady (Victoria Konefal) realizes that she doesn’t feel well during David’s birthday party. Unfortunately, she’s not the only person who has eaten the deadly baked good, as there are three other people who will fall ill at the party, much to Jordan Ridgeway’s (Chrishell Hartley) horror. Gabi Hernandez (Camila Banus) drops a bombshell on Lani Prince (Sal Stowers). Xander Cook (Paul Telfer) vows to Sarah Horton (Linsey Godfrey) that he will keep her secrets.