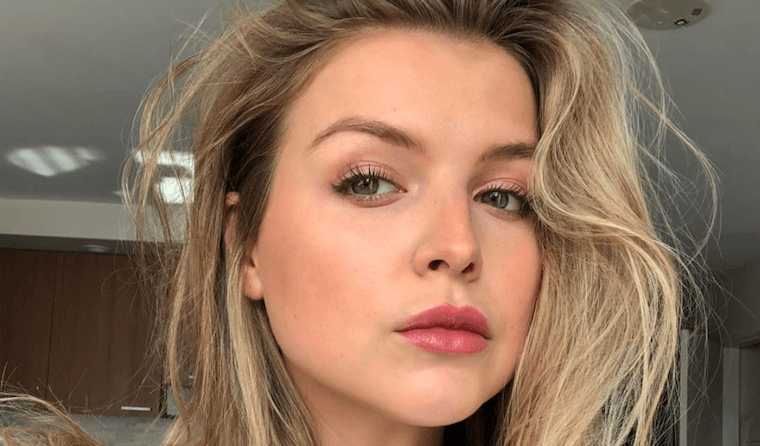 ‘Young and Restless’ (Y&R) Spoilers find that Anna Grace Barlow recently made her debut as Zoe Hardisty in Genoa City, and boy has she provided the fireworks! As it turns out, she would cause some major trouble for Kyle and even Theo Vanderway, who had been hiding her as a secret from the others since their time in NYC. Whatever had happened in the past recently got uncovered but Y&R spoilers tease that there’s more, and Summer probably will be the one to find out the truth first.

Y&R spoilers indicate that Summer is able to see the truth between Kyle and Zoe, while Theo Vanderway (Tyler Johnson) is the one who helps her get to the bottom of it. Summer now has a clear picture of what had happened in the past.

While they were partying in Manhattan, a 17 year-old young women got so drunk that she ended up in the ER. There was more panic when he came to know that the last name of the lady revealed that her father was someone important. Kyle realized that he might end up in jail because of her age. So, he asked to drop Zoe at the ER and they drove later. Next day, when her father showed up at the doorstep, he accepted a hefty sum of money from Kyle to hush the whole matter.

‘Young and the Restless’ Spoilers: Zoe’s Past trouble for Theo and Kyle

Later on, after Theo contacted Zoe online, he brought her as his guest to Kyle Abott (Lachlan Buchanan) and Lola Rosales’ (Sasha Calle) wedding. As a result, Kyle got angry and Summer was not much more thrilled either when Theo asked Zoe to be in Genoa City and help him with his work. It appears as if he’s been trying to make Kyle’s life a living hell ever since bring Zoe back into the equation.

And to add fuel to the fire, just recently Zoe decided to drug the Grand Phoenix opening! And to make matters worse, it looks like Adam Newman (Mark Grossman) and Phyllis Summers (Michelle Stafford) will find themselves in the scope of Paul Williams’ detective work. It won’t be long before the truth is revealed, and Zoe will find herself with even more detractors than she already has.

But with that said, Zoe’s connection is and has always been to Theo and Kyle. Will she manage to cause some serious trouble for Kyle Abbott (Michael Mealor), Summer Newman and even Theo Vanderway (Tyler Johnson)? Only time will tell what happens next. But right now, Zoe has to deal with Phyllis Summers who is none too pleased by what happened at the Grand Phoenix.

In Phyllis’ own words, “you don’t mess with Phyllis”! Zoe is about to learn just who she’s dealing with. Is she going to make it out to fight another day Genoa City?Stay tuned for the updates, alerts, and new information about The Young & The Restless.

‘Days of Our Lives’ Spoilers Thursday, September 12: Vicious Eve Returns To Salem More Vitriolic Than Ever – Has Nasty Payback In Mind!