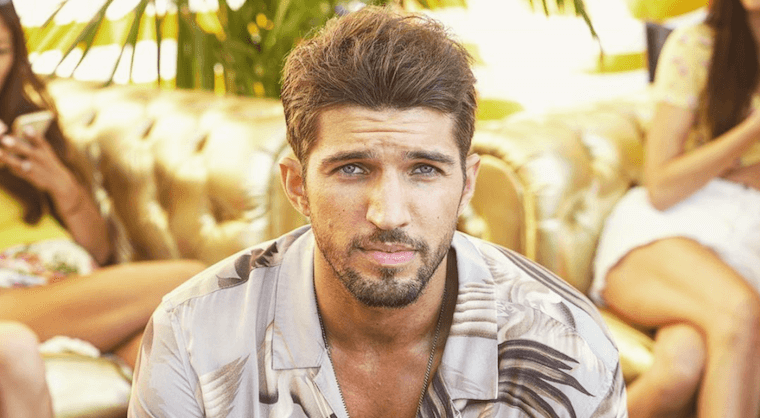 General Hospital (GH) spoilers indicate that many fans remember him best as Morgan Corinthos, but it looks like Bryan Craig has found a new home on prime time television. And it’s a home that he desperately wants to stay put in. As a matter of fact, a lot of fans couldn’t help but notice that the handsome young star has been campaigning pretty hard for the ABC network to renew Grand Hotel for a second season. Here’s what you need to know.

Grand Hotel is about the last family-owned hotel in multicultural Miami Beach. Charismatic owner Santiago Mendoza owns the hotel, while his glamorous second wife, Gigi, and their adult children enjoy living the high life in South Beach. Bryan plays a character by the name of Javi Mendoza and from what we can tell already, he’s got quite a backstory. Even though he’s someone who likes to spend his days by the hotel’s pool and nights with some of the best looking women on South Beach, Javi is also a man that is determined to prove his worth to his family.

Many fans have noticed that Bryan has been endlessly posting tweeting and sharing posts on Instagram about Grand Hotel Season 2 while encouraging fans to reach out to the network. It’s safe to say that Bryan would love to see the show renewed as he feels very proud of the work that the entire cast has done so far.

Now as far as whether or not Grand Hotel will be returning for a second season remains to be seen. While there’s no doubt that fans would love to see the drama continue, the ABC network has not made any comments on whether or not they will renew the series just yet. We’ll update you with the latest information as it comes in!

‘Bold and the Beautiful’ Spoilers: What If Stephanie Forrester (Susan Flannery) Had Never Died?

‘Days of Our Lives’ Spoilers: Olivia Rose Keegan Is Back – Claire Brady Returns!