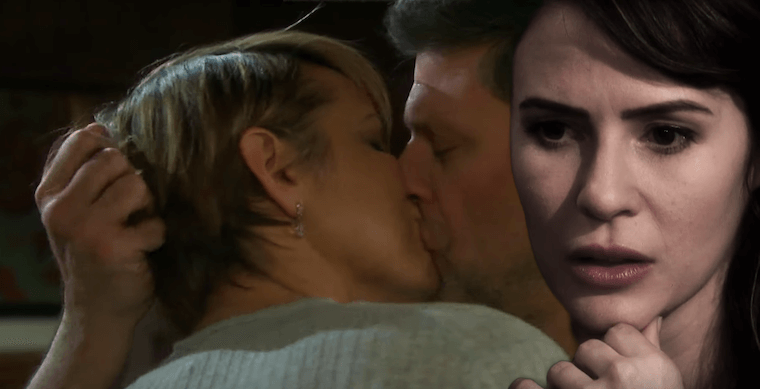 ‘Days of Our Lives’ (DOOL) spoilers indicates that Ciara Brady (Victoria Konefal) might have a new job, Ben Weston (Robert Scott Wilson) is in danger, and Sarah Horton (Linsey Godfrey) gets some unexpected news. We also have Eric Brady (Greg Vaughan) about to come clean. In case you missed it, let’s get to the day’s ‘Days of Our Lives’ recap.

Ciara is approached by Brady Black (Eric Martsolf) today about a job. There’s this executive training program at Titan he thinks she’s perfect for. Considering she couldn’t bother to show up for her last job, we’re not sure why.

Ciara proves she’s not a sucker, however. She smells a rat and wonders if this whole offer is about keeping her away from Ben. He swears that the offer remains on the table regardless of her relationship status with Ben. This appeases her, so she says she’ll think it over.

‘Days of Our Lives’ spoilers: A little chat

Meanwhile, Victor Kiriakis (John Aniston) and Xander Cook (Paul Telfer) are holding Ben at Casa Kiriakis. Ben tries to assure Victor of his intentions toward Ciara, but that’s not what he wants. He’s got an offer to make and it’s the only one: Ben must break up with Ciara.

Ben laughs this off and refuses, so Victor has Xander use a necktie on Ben to drive home the seriousness of his deal. Ben still refuses, so Victor orders Xander to finish the job. Unfortunately for Victor, Xander is having a crisis of conscience over Sarah. He wants to be a better man for her.

Victor can’t even with the idea Xander actually thinks Sarah will give him the time of day. Nor is he happy about his orders being disobeyed. He decides if you want a job done right, you just have to do it yourself. As fate would have it, Victor is tightening the tie when Brady returns. He wants to know what’s going on here. Oops.

‘Days of Our Lives’ spoilers: Moment of truth

Speaking of Sarah, Kayla Brady (Mary Beth Evans) catches her trying to take her own blood sample and asks what’s going on. Sarah tries to pretend it’s just wanting to get her annual blood work in, but eventually confesses the truth. Kayla is sympathetic and takes the sample for her, then rushes the results.

Later, she gives Sarah the envelope and offers to sit with her while she reads the results. Sarah thinks she needs to do this alone. As she prepares to open the envelope, she prays it’s not a positive, as a baby by Eric is the last thing they need. Um, didn’t they just start having sex? Seems a bit quick for symptoms to show up. Her prayers do no good, though, because the results confirm that she’s pregnant.

Eric Brady, meanwhile, is enjoying being back with Nicole Walker (Arianne Zucker), who is just as happy to see him again. They’ve had the cops there to arrest her captor and have told Holly that they’re all going back home to Salem. There’s just one thing to do first…

Eric clearly feels guilty and knows there is no keeping this a secret, so he confesses that he started getting close to someone while he thought she was gone.

‘Days of Our Lives’ spoilers: Payback

Vivian Alamain (Robin Strausser) is fighting mad at Kate Dimera (Lauren Koslow) and she ain’t taking it anymore. She holds a gun on Kate, who tries to bargain out of the situation by offering Vivian the chance to run DiMera with her.

The offer is very tempting, but ultimately not going to satisfy her need for revenge. Instead she shoots Kate and then tosses her into an open grave.