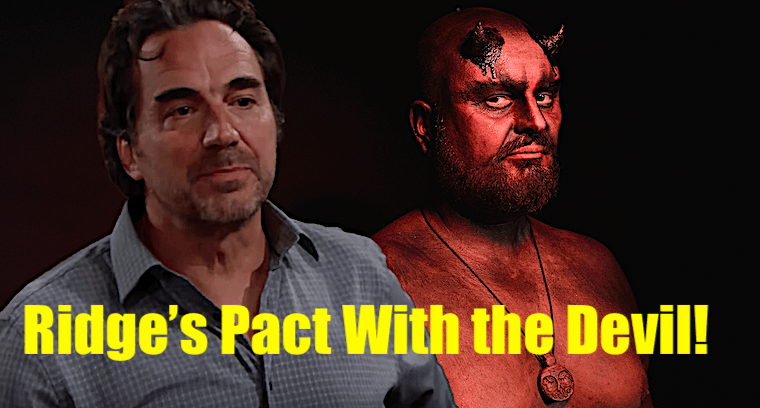 ‘Bold and the Beautiful’ Spoilers: Steffy lowers the boom on Thomas

‘Bold and the Beautiful’ (B&B) Spoilers for Monday, September 9th, 2019 indicate that Steffy Forrester (Jacqueline MacInnes Wood) will finally go check up on brother Thomas Forrester (Matthew Atkinson) in the hospital. Looks like she’s not there for well wishes, no it would seem that she’s been too upset over losing little Beth Spencer AKA ‘Phoebe’ (River Davidson and Madeline Valdez), and trying to spend time with her remaining daughter, Kelly Spencer (Chloe Teperman and Zoe Pennington) just to take her mind off things. Here’s what you need to know.

Sure, she’s glad that nothing happened to Thomas, because he’s family and because of little Douglas, but at the same time… Thomas has hurt her deeply and we all know what happens when Steffy gets angry.

‘Bold and the Beautiful’ Spoilers: And that was when he knew he had messed up

She tries to keep calm in the beginning, after all the poor guy has just woken up from a coma, but in the end her feelings will get the best of her and she will let Thomas have it for just how much pain he’s caused her. She’ll also rail him over his involvement over Emma Barber‘s (Nia Sioux) death.

Thomas, at this point, really has nothing to say in his defense so he will sit there and take all the vitriol that Steffy is spewing at him. After all, he did all the things she says he’s guilty of, and if he says that he did it all for love… well… looks like only heaven could help him from Steffy’s rage.

‘Bold and the Beautiful’ Spoilers: Ridge makes a deal

Ridge Forrester (Thorsten Kaye) will find that he and he alone has the capability to bring both Flo Fulton (Katrina Bowden) and Thomas to justice, but it can’t be just one or the other, it has to be both. He doesn’t like the idea of Thomas doing hard time (what, too pretty for jail?) so he decides to take what he decides is the lesser of the two evils in this instance and let both of them walk free.

We know right now that Thomas told Ridge that he deleted the GPS tracking information in his car so that no one could trace him to the scene of the accident that night, and since that was the only information that Xander Avant really had against him, without it the case is extremely hard, if not impossible, to prove, against him at least. How this ties into letting Flo get released I have no idea but it looks like Ridge will cut a deal with Detective Alex Sandchez (Jeremy Ray Valdez) to get it.

Looks like this will not set well at all with Brooke Forrester (Katherine Kelly Lang) and that the tension between her and Ridge will mount. Brooke ultimately wants justice for her daughter and granddaughter and no one can blame her for that. But Ridge will ant the same thing for Thomas and it looks like, for now at least, this husband and wife’s interests don’t coincide. What kind of trouble are they headed for? Looks like we’ll have to stay tuned!!!