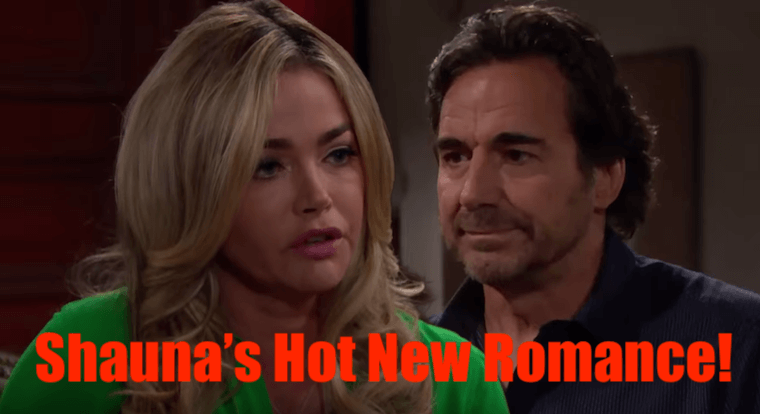 ‘Bold and the Beautiful’ (B&B) Spoilers for Thursday, September 12th, 2019 indicate that round one is about to begin! Ridge Forrester (Thorsten Kaye) got an immunity deal for Flo Fulton (Katrina Bowden) and this has made wifey and Mama Bear Brooke Logan (Kathetine Kelly Lang) mad as an old wet hen! This immunity deal means that his son, Thomas Forrester (Matthew Atkinson) goes free as well as Flo.

Ridge claims that it was for the sake of keeping the press out of daughter Steffy Forrester (Jacqueline MacInnes Wood) and Hope Logan’s (Annika Noelle’s) lives and for the sake of little Douglas Forrester (Henry Joseph Samiri), but Thomas has been banned from the house and Mama Bear Brooke intends to keep Douglas away from him indefinitely!

‘Bold and the Beautiful’ Spoilers: Ridge drowns his sorrows

Ridge thinks that Brooke has no compassion, pointing out that Thomas has already paid a hefty price by getting thrown off a cliff by her and that she should just leave well enough alone. Brooke says that he needs to pay because of his continued manipulation of Hope, but Ridge isn’t hearing it. He simply storms out and right over to Bikini Bar he goes!

Because that’s a healthy way of dealing with things. Instead of trying to fix the problems at hand, a nice round of drinks (or several) should do the trick! Go ahead, drink up, Ridge. You’re gonna need all the beer goggles in the world for what’s coming next.

An already angry Brooke will get a surprise visit from Shauna Fulton (Denise Richards) and that will be the beginning of World War III. Brooke will rage at Shauna for all the pain that her daughter has swooped in and caused the family, not to mention herself.

No word on whether or not Shauna apologizes or tries to make Brooke see the light or not, but my guess is that she does and it doesn’t work because whatever their conversation is, Shauna winds up getting kicked out of the house. She’s understandably upset so she goes to calm down by going to have a drink… at Bikini Bar… where Ridge is. Does anyone see where this is going or is it just me? Stay tuned!!!

CBS ‘The Bold and the Beautiful’ Spoilers: Hope Interrupts Thomas And Zoe…

CBS ‘The Bold and the Beautiful’ Spoilers: The Pendulum Is About To Swing…

CBS ‘The Bold and the Beautiful’ Spoilers: Brooke Plays A Very Dangerous…

CBS ‘The Bold and the Beautiful’ Spoilers: Will Thorne Forrester (Ingo…