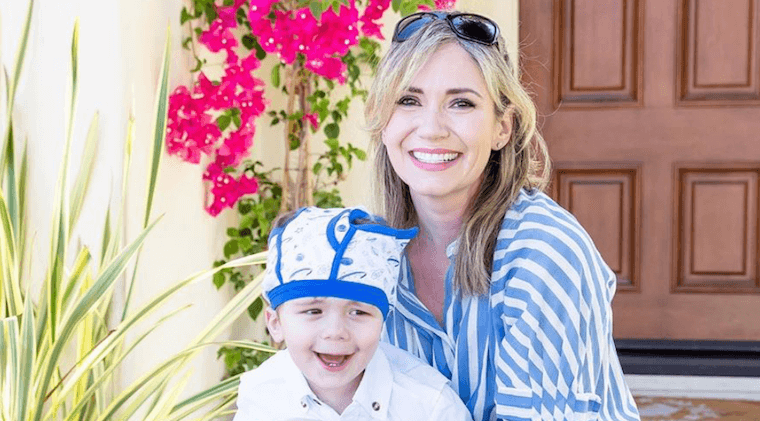 ‘Bold and the Beautiful’ (B&B) spoilers find that this isn’t something that is coming from the pages of the next ‘Bold and the Beautiful’ script. New reports indicate that actress Ashley Jones, who is best known for her role as Bridget Forrester on the hit CBS soap, has recently filed for divorce from her husband Joel Hendricks. This comes after she filed a restraining order from him and admitted that he has been abusive for many years. The couple have two small children, Huck, 7, and Hayden, 3.

Ashley and Joel tied the knot back in 2015 but according to the daytime television actress, her husband has been abusive towards her for many years. People Magazine reports that Ashley filed for a restraining order last month. She left their family home on August 17thand says that she was afraid for her safety and that of her son. Ashley also says that ever since she left her estranged husband has continued to stalk and harass her.

‘Bold and the Beautiful’ actress also says that Joel has physically abused her in the past and that it had gone on for many years and even before they got married. She reportedly said, “He calls me a whore and accused me of infidelity regularly, and been incredibly jealous of long-ago boyfriends with whom I have no contact.”

Ashley also detailed on incident in which Joel allegedly twisted her arm and threw her down in a rage while under the influence of alcohol. She said, “Joel was trying to get my cell phone from me because I was recording him being belligerent and threatening me and beginning to get physical. I dropped the phone and Joel let me go. I left with Hayden, but Joel convinced me that he would not drink anymore, so eventually I went back.” Ashley also added that Joel has a history of substance abuse and in 2017 caused a spiral fracture in her hand.

‘Young and the Restless’ Spoilers Tuesday, September 10: Paul Is On the Case!

CBS ‘The Bold and the Beautiful’ Spoilers: Katherine Kelly Lang Set To Star In New…

CBS ‘The Bold and the Beautiful’ Spoilers: Denise Richards Goes On Hiatus, Starts…