‘Bold and the Beautiful’ Spoilers: What If Stephanie Forrester (Susan Flannery) Had Never Died? 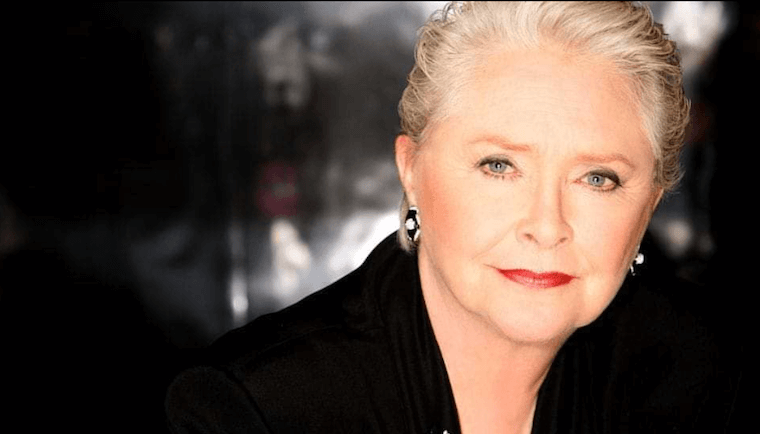 ‘Bold and Beautiful’ (B&B) Spoilers find that we can’t help but wonder just how on earth Stephanie Forrester (Susan Flannery) would have reacted to the current events surrounding the Forrester clan. As we all know for years, Stephanie was the matriarch, mother to Ridge Forrester (Thorsten Kaye) and Thorne Forrester (Ingo Rademacher) and wife to Eric Forrester. (John McCook) In her day she was quite the firecracker! And if Stephanie had you on her radar, there was no way you were escaping a read. So it’s fun to think about what she would’ve said/done with all the information surrounding her family right now.

‘Bold and Beautiful’ Spoilers: She would have been mad about Quinn

Let’s just get that out of the way first. If Stephanie had known that Eric was going to move on with a woman like Quinn Forrester (Rena Sofer) then she probably would have tried to outlive him just out of spite. Quinn seems to be the type of woman that Stephanie was always out to ward off from her man, even though if you think about it they’re a lot alike in some ways.

That being said, I think she would’ve probably gotten a real kick out of her rivalry with Brooke because it mirrored her own rivalry with her from years prior. However that would not have allowed her to escape the wrath, and read, of Stephanie Forrester. And speaking of dalliances…

‘Bold and Beautiful’ Spoilers: The Hope and Thomas wedding may not have happened

If we know Stephanie, and we do, then we know that she probably would not have approved of Thomas Forrester having anything to do with a daughter of Brooke Logan’s. I would like to think that if anything, she would have recognized that Thomas was not grieving for Caroline in the right way, and if not pushed him to get help, then perhaps pushed him to make different choices.

Whether or not she would’ve been successful or not is unknown, but I don’t think for one second that she would have wanted Hope and Thomas together, whether it meant a Mom for Douglas or not.

‘Bold and Beautiful’ Spoilers: Ridge would have gotten read too

Let’s face it, with the recent decision to set Flo Fulton (Katrina Bowden) free, Stephanie Forrester would not have been happy. Her feelings probably would have been mixed over the whole Thomas going free as well thing, but she would be incensed to know that Ridge would choose his son over his daughter and set the woman who hurt Steffy Forrester (Jacqueline MacInnes Wood) free as well!

She would not have stood by and watched her Granddaughter suffer such a tremendous heartbreak and take it lying down. She would have fought back. Perhaps if she had been alive, the baby swap story line would have had a completely difference ending. She also would have been angered to know that Ridge put the blinders on about Thomas completely and refused to see his own son for what he was – a psychopath!

‘Bold and Beautiful’ Spoilers: Would the baby swap story line still have happened?

Even if it had happened, I think that if Stephanie was around that it would have had a phenomenally different ending. I think that she would have fought for Steffy as a Mom instead of Hope. Not that it exactly had anything to do with the fact that Hope was Brooke’s daughter (although, that would have undoubtedly played a part too), but she would have recognized that Steffy, not Hope, was there for the formative months of little Beth’s life and she would have wanted her to continue her role as Mother, at least in some capacity and not have little Beth ripped away from her quite so abruptly as she was.

Yes, this would’ve undoubtedly caused more tension, but family is family. However things might have been a little bit different in the case of Thomas. She probably would have seen Thomas’s actions as inadvertantly hurting Steffy as well and turning against the family, therefore she may not have felt so bad about Thomas having to pay – at least in some form – for his crimes.

‘Bold and Beautiful’ Spoilers: Would Emma Barber have still been alive?

This one’s a thinker and right off the bat I think I can say that I don’t think that even Stephanie could have done anything to prevent that death. But it would also depend on how deeply involved she was in the actual events at the time. If she was privvy to everything that Thomas was doing then perhaps she could have talked him out of going after Emma Barber (Nia Sioux) that night, but Thomas isn’t a little boy anymore and probably would not have listened to Grandma. So it’s kind of a crap shoot there as to whether she could have made a difference or not.

‘Bold and Beautiful’ Spoilers: Would Thomas and Flo be paying for their sins right now?

I think Flo would definitely still be in jail. Thomas is a bit more up in the air because and a little bit harder to speculate on. We do know that Stephanie always expected complete loyalty out of her son, Ridge, and this could have been the one thing that the would have had to break on.

If Stephanie saw that her Grandson had done wrong and thought that he ought to pay for his crimes, while Ridge kept being so wishy-washy over it, I can certainly see where the two would have tension and perhaps even a break in their relationship over it. That would have definitely broken Stephanie’s heart, and might just have served to kill her all over again.

‘Bold and Beautiful’ Spoilers: Guilt from beyond?

Just because Stephanie isn’t around anymore doesn’t mean she can’t know what’s going on with her family. There could always be dreams and instances of her reaching out from beyond the grave. I could definitely see her coming to Thomas and Ridge in dreams and haunting them about their shoulda coulda wouldas. I can also see her coming to Steffy, her name sake, but in more of a comforting manner.

I’m amazed that Thomas, during his coma didn’t have some sort of encounter with her, or Caroline for that matter. But perhaps they’re saving it. It’d be a funny halloween storyline, to be sure. Thomas or Ridge getting read from beyond by Mom or Grandma, hah! Will there be any halloween shennigans on B&B? Stay tuned!!!