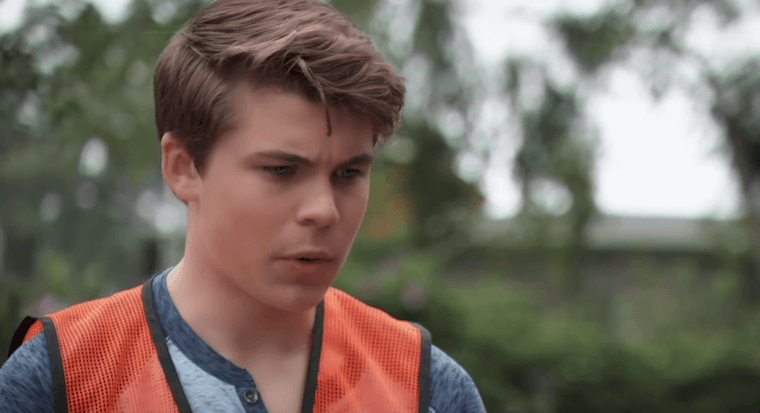 ‘General Hospital’ (GH) Spoilers for August 7th, 2019 indicate that Sasha Gilmore (Sofia Mattson) will confess to Maxie Jones (Kirsten Storms) that she ‘caught the bug’, what bug, you ask? Why, the modeling bug, of course! Lucy Coe (Lynn Herring) told her all about the exciting world of modeling and really got her jazzed about her future in the industry.

She’s also jazzed about her relationship with Michael Corinthos (Chad Duell) so, I’m sure that will come up in the conversation somewhere. But alas, we couldn’t just let Sasha have a good day, could we? Nope, Cassandra Pierce (Jessica Tuck) had to poison her by putting something in her breakfast of grapefruit this morning! (Protip: Don’t eat anything that isn’t individually wrapped in the future, Sasha!)

Meanwhile Laura will be asked for a favor by one of the Baldwins, and she will happily oblige. No word on what it is yet, but it could prove interesting. While this is going on, Valentin Cassadine (James Patrick Stuart) will be discussing Jasper Jacks (Ingo Rademacher) with his fiance, Nina Reeves (Cynthia Watros) and he will think that ultimately Jax has a sneaky vendetta up his sleeve. Nina thinks that while Jax definitely could be sneaky, that he can’t possibly be as bad as Valentin thinks. But Valentin is right, he’s dealing with what could be a potentially code red situation if he’s not careful because we all know that Jax is plotting his demise. At least he’s hip to the jive!

Hayden Barnes (Rebecca Budig) is kicking herself for her behavior at Wyndemere. She feels really embarrassed about the way that she acted around Dr. Hamilton Finn (Michael Easton), bu Jax won’t think its that big a deal. In fact he may think that Hayden’s feelings could come in handy, but Hayden really wants to downplay her feelings and just get the job done. You can kind of see her point, she waited in Paris on Finn who never came, she probably felt like a fool and didn’t want to relive that particular feeling and really – who could blame her?

General Hospital Spoilers: Maybe one of the psychics could tell Ava where to buy a clue

Ava Jerome (Maura West) just won’t give it a rest with the psychics already. She wants to talk to her daughter, Kiki Jerome (Haley Erin) so badly, but when Sibley Gamble (Veronica Cartwright) couldn’t get through to her, she tried another psychic by the name of Chelsea Lambas (Jen Ray)., she just wants forgiveness but apprently in that department, Kiki is one tough nut to crack. No word yet on how she’lll get her daughter to forgive her from beyond the grave but she sure is trying!

Meanwhile, Shiloh Archer (Coby Ryan Mclaughlin) has realized the error of his ways and found a new victim for his horrible memory mapping experiment. Yesterday, after his confrontation with Jason he was left kind of broken and sore and he escaped from his hotel room and went to a nearby park where he ran into none other than Cameron Webber (William Lipton). I think we all see where this is going, right? He’ll present Cameron to Dr. Arthur Cabot (Time Winters) as a potential candidate and that’s when Franco Baldwin (Roger Howarth) will get involved to save the life of his Step-son.(Awww!)

Sam McCall (Kelly Monaco) will be on the road to recovery from her nasty ordeal with Shiloh. She’ll be glad that Jason Morgan (Steve Burton) saved the day but she knows that they’re not out of the woods yet. Of course Jason will try to assure her that all will be okay because even Shiloh knows that the jig is up and now he’s just spiraling. But is he, though? Stay tuned!!!