El Final del Paraíso spoilers reveal that the popular franchise is returning tonight. The series has been getting a lot of promotion in anticipation of the premiere, including a special screening event in Miami. But the show has gotten very creative with other ways of getting the word out. Here’s what you need to know, so you can learn about the actors/characters. 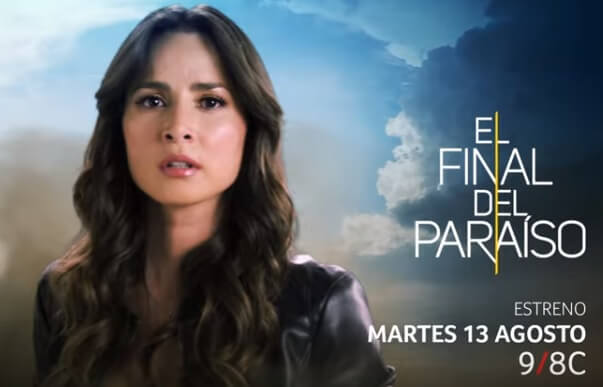 One of the biggest things driving the pre-premiere buzz is the social media account, where they debuted a bunch of attention-getting promos with insane view numbers. They decided to get a little more personal, though, by letting fans get a glimpse behind the scenes.

To help, they enlisted the various cast members for “Take Over Battles” where many of the actors posted to the show’s Instagram stories. They each allowed fans to follow them through their days, and showed off some of their off-screen activities. The social connection will continue tonight, as they do a Facebook live on the official account. Make sure to get online around 5 PM EST time to join Carmen Villalobos (Catalina Santana), Gregorio Pernía (Aurelio El “Titi” Jaramillo), Fabían Ríos (Albeiro Marín), and Catherine Siachoque (Doña Hilda Santana). Considering the connection these characters have, there is sure to be a lot of drama for them to talk about. There could possibly be some Q&A action as well.

One of the more unique ways they’ve used to promote the show is the #FansEnElParaíso. They encouraged fans of the show to share pictures of themselves as the various characters online, or record video of them performing their favorite scenes. By adding the hashtags to their posts, the people behind the show’s social media accounts were able to share the videos, usually leaving praise behind for a fan’s efforts.

One of the more popular characters for fans to be is Yésica “La Diabla” Beltrán, the antagonist. Many of the fans channeled her in some of her more iconic scenes. Check the hashtag to get a little glimpse into some of the choices, then get ready to tune into Telemundo at 9 PM EST for the first episode.