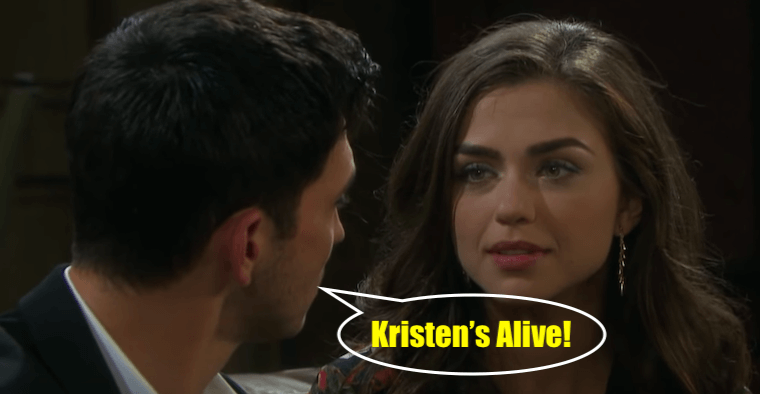 ‘Days of Our Lives’ (DOOL) spoilers for Thursday, August 15 indicate that Ciara Brady (Victoria Konefal) and Ben Weston (Robert Scott Wilson) will be two people on a mission. They will sneak into ‘Nicole Walker’s’ (Arianne Zucker) room and make off with some pretty damning evidence. Evidence that may just help clear Stefan DiMera’s (Brandon Barash) name.

But nothing is ever easy in Salem, and it’s not like this plan will go off without a hitch, so both Ben and Ciara will end up having to hide under the bed. It looks bad, it looks like they’ll be truly stuck, but it’ll give them some very valuable evidence, like the fact that Kristen DiMera (Stacey Haiduk) is actually alive!

‘Days of Our Lives’ Spoilers: Anna plots to marry Roman?

Meanwhile, Tony DiMera (Thaao Penghlis) will refuse to end his marriage to ‘Nicole’, but we all know the reason why is because Kristen actually threatened Anna’s life and he just wants to keep her safe. Anna however doesn’t really understand what all’s at stake here, so she’ll set a plan in motion to make Tony jealous and win him back. She’ll plan on marrying Roman Brady (Josh Taylor) – what?! Does that even make sense? Does Roman even know she’s in town? Has she sent him a text? Has it gone down in the DM? Did we miss something?

‘Days of Our Lives’ Spoilers: Marlena doles out relationship advice to Tony

I guess so because next thing we know, Marlena Evans (Deidre Hall) and Tony will be playing catch up. It’s been awhile, literally years since they saw each other. He will fill her in on what’s been going on with Nicole and subsequently, Anna DiMera (LeAnn Hunley), and she will dole out some good advice that will hopefully get his love life back on track. He’s only biding his time, I’m pretty sure next week he’ll be demanding a divorce once more and since its only a matter of time until Kristen is exposed he’ll want to start planning a future with Anna ASAP.

‘Days of Our Lives’ Spoilers: Xander gets grilled

Xander Cook (Paul Telfel) will get the third degree from Hope Brady (Kristian Alfonso) and John Black (Drake Hogestyn). Even though he wasn’t the one that pulled the trigger, he was so closely involved with the one that did that he’ll have a difficult time trying to spin things in his favor. Will Hope and John be convinced by his act or will these two hardened cops see through his song and dance? Guess we’ll have to stay tuned!!!

‘General Hospital’ Spoilers: What Happened To Franco On GH? Here’s What You Need To Know!