‘Bold and the Beautiful’ Spoilers Tuesday, August 13: The Spectre of Thomas Looms Over Hope & Liam’s Reunion! 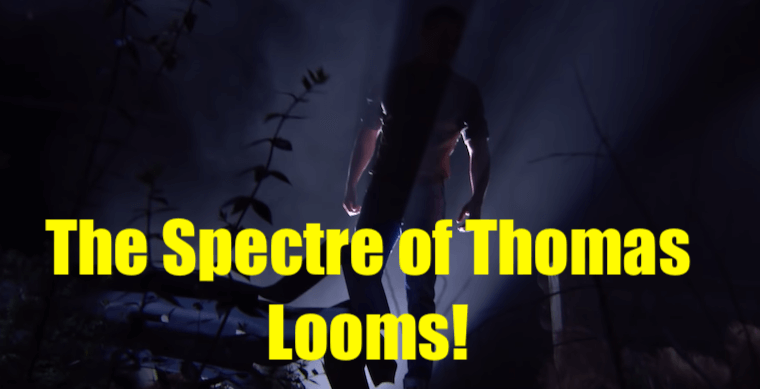 ‘Bold and the Beautiful’ (B&B) spoilers for Tuesday, August 13 indicate that it will be a joyous day as Hope Logan (Annika Noelle) gets her and her daughter Beth (River Davidson and Madeline Valdez) settled into the cabin. This will give her and Liam Spencer (Scott Clifton) time to discuss what’s been going on.

‘Bold and the Beautiful’ Spoilers Tuesday, August 13: The Spectre of Thomas Looms Over Hope & Liam’s Reunion!

As we all know, they just left an emotional Steffy Forrester (Jacqueline MacInnes Wood) in a puddle on the floor of the cliff house when they had to tell her that her baby, Phoebe Forrester, never actually existed and instead the baby was their Beth Spencer all along. But right now, those two just want a chance to happily bond with their baby and that’s exactly what they’ll get.

You could say all’s well that ends well, but it doesn’t. While they’re there, Liam will address the whole marriage to Thomas Forrester’ (Matthew Atkinson) issue that’s kind of standing in their way. I mean, no big deal, right? Ol’ Carter Walton (Lawrence St-Victor) just keeps an extra copy of annullment papers in his desk for occassions just like these, right? (He should!) Hope will want to annull this marriage right away so she can be with Liam again, she’ll even tell him that she never stopped loving him (Awww!), she might even tell him that she wants him back at the cabin full-time so that he can play Daddy to little Beth. But yano, there’s that whole marriage to Thomas, oh and the fact that Liam has been with Steffy since his breakup with Hope!

‘Bold and the Beautiful’ Spoilers: Ridge in disbelief

Meanwhile, ‘Bridge’ is having a conflict. Ridge Forrester (Thorsten Kaye) is absolutely devastated for his daughter, Steffy, who is now grieving the loss of the little girl she knew as Phoebe and is clinging to him for support. Brooke Forrester (Katherine Kelly Lang), on the other hand, will just be basking in the fact that little Beth is alive and now her daughter can get her life back on track, which will include getting Thomas out of her life.

That may be the straw that breaks the camel’s back because Ridge won’t, at first, believe that his son could do all the things that Zoe Buckingham (Kiara Barnes) accused him of. Every parent wants to believe that their child is a good person and it looks like Thomas ultimately failed that test.

‘Bold and the Beautiful’ Spoilers: So your son’s a potential murderer, now what?

It’ll be hard to hear for Ridge, but he and Brooke have one thing in common and that is punishing those people that caused their daughters this pain. Ultimately he will have to realize that Thomas played a rather big role in this whole thing and that Brooke was right all along. It would be one thing if he just kept the baby adoption scandal a secret, but the fact of the matter is, he was responsible for the death of Emma Barber (Nia Sioux), so who knows how Ridge will ultimately react to that news? Stay tuned!!!

‘Days of Our Lives’ Spoilers: Ben Double-crosses Gabi, Works On the Sly To Help Stefan!

CBS ‘The Bold and the Beautiful’ Spoilers: Here’s What Fans Want To See…