The Bold and the BeautifulNewsSpoilers

‘Bold and the Beautiful’ Spoilers: First Time In 32 Years, B&B Tops Other Soaps – Ranks No. 1! 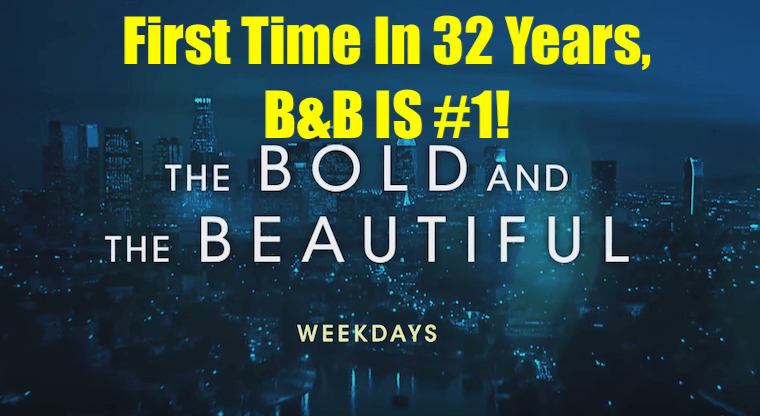 The Bold and the Beautiful spoilers indicate that, well, it took 32 years, but the ‘Bold and the Beautiful’ (B&B) finally did it! During the week of August 9, it took top viewing spot among the key soap opera viewing demographic! It beat out The Young and the Restless, the soap that has long held the number one spot among daytime viewers. Also, the icing on the cake was the fact that B&B came in first among the women 18-49 demographic! It was a by-the-nose win, because the margins were only 0.5& difference, but it was a win nonetheless and we’re all about victories here!

‘Bold and the Beautiful’ Spoilers: First Time In 32 Years, B&B Ranks No. 1 For the Week of August 9!

Looks like both soaps, B&B and Y&R, both created by the Bells, have won the number one and two spot respectively, but its usually always Y&R that comes out on top. This time it was B&B’s turn. It would seem with the changing media landscape that B&B seems to be just perfect to take the number 1 spot. These days, a lot of the younger generations attention spans are geared towards youtube channels. If you’re familiar with the way those work, then you’ll know that the average youtube video is around 20 minutes long, which, give or take a few commercial breaks is about the length of a B&B script.

‘Bold and Beautiful’ News: We’re number one! B&B ranks no. 1 for week of August 9th!

The show is well-written enough for us veteran soap views to have something to sink our teeth into, but caters to the attention span of the younger generation and, for those of us who are perpetually busy its nice to have a show that gets to the meat of the story and doesn’t have that many sidelines going on while keeping it really compelling.

Also, the story lines are very easy to get into, they provide you with someone to really root for really quickly, and sometimes with other mediums that’s not alwys that obvious. Not everyone has time to invest in a season and a half for the other shoe to drop and B&B realizes that in the most well-done, wonderful way. Who knows? Maybe if this keeps up, soaps will have resurgence in viewership in the U.S. (My mouth to God’s ear!)

Congrats to the creators, writers, cast and crew of B&B, and here’s to more weeks at number one!

CBS ‘The Bold and the Beautiful’ Spoilers: What Happened To Katrina…