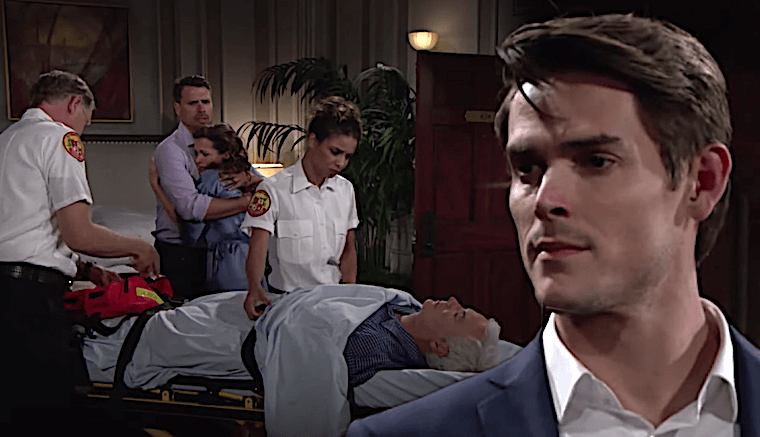 Starting with Paul and Phyllis, he will question her whereabouts the night that daughter Summer Newman (Hunter King) was frantically trying to get in touch with her. It seems that Phyllis will keep quiet about the whole thing, even though now she knows that she was kidnapped by Kevin Fisher (Greg Rikaart). But Paul realizes that Phyllis knows more than she’s saying, and his detective instincts are right on the money. The question is, just what does she have to gain by letting Kevin off the hook?

Adam Newman just doesn’t give up that easily. This week, he will spend all his time trying his hardest to win over the girl he lost. Chelsea won’t really be having any of it though. After all, she did vow that she was done with Adam and would do anything to keep him away from Connor. However, Chelsea’s vulnerable right now.

She just lost her husband very unexpectedly due to a medical emergency he had. So her resolve may not be as strong to keep Adam out as it was prior. So things are rather up in the air as of this moment. There are a lot of murmurs that maybe Adam had something to do with Calvin Boudreau’s (John Burke) unexpected death. Could Adam have wanted to get rid of Calvin to get Chelsea for himself? And will Adam be able to convince her to let him back into her life? We shall see this week.

‘Young and the Restless’ (Y&R) Spoilers: Shey In Trouble – Rey Not Happy About Chemistry Between Adam and Sharon

Rey will pick up on the chemistry between Adam and Sharon. After all, Sharon helped Adam a ton when he first moved to Genoa City and even though they’re not together anymore and Adam has his sights set on Chelsea, the fact of the matter is, they have a lot of history together. Rey’s no dummy, in fact he seems to be a pretty capable detective, so the chemistry definitely won’t be lost on him. But will this prompt trouble in paradise for him and Sharon? The jury’s still out on that one.

Jack Abbott (Peter Bergman) will be worried about Victor Newman’s (Eric Braeden) health, so he will push Billy Abbott (Jason Thompson) to give him details about what’s going on with Victor. However, Billy feels like he’s stuck between a rock and a hard place. On one hand, he wants to tell his brother, on the other hand, he doesn’t want to betray Victor. Also, Billy will have his own problems to deal with, as he’s being haunted by things from his past. The death of his daughter, Delia, will be weighing heavily on his mind this week. Will Billy crack under all this pressure?

Nick Newman (Joshua Morrow), in light of what’s been going on with the huge custody battle, will consult with an old friend this week. Avery Clark (Jessica Collins) will return to give Nick some much- needed legal advice. Will this turn the tables in his favor? That remains to be seen, but at least Nick will have someone on his side to confide in.

Billy isn’t the only one feeling compelled to share news about Victor’s condition, Nikki Newman (Melody Thomas Scott) will definitely tell someone about the new, experimental treatment that Victor is undergoing. Who she spills the secret to is not known however, we just hope for her sake that it’s someone she can trust and not someone who’s going to use it to their advantage against her or Victor. Stay tuned, folks! 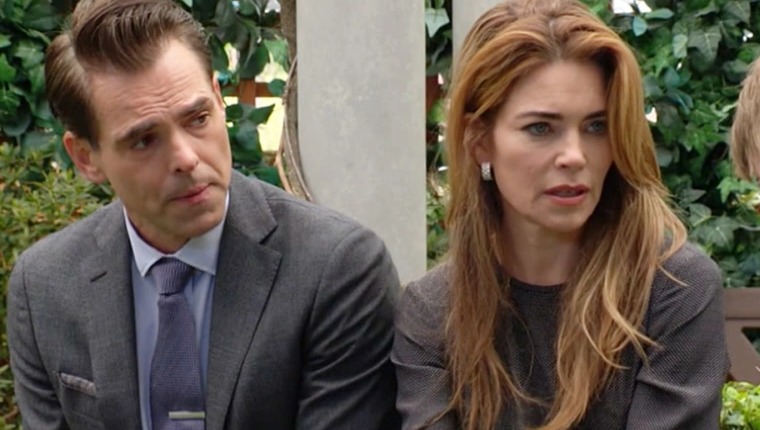