‘Young and the Restless’ Spoilers for Thursday, July 11: Trouble In Paradise For Sharon & Rey – Shey Crumbling! 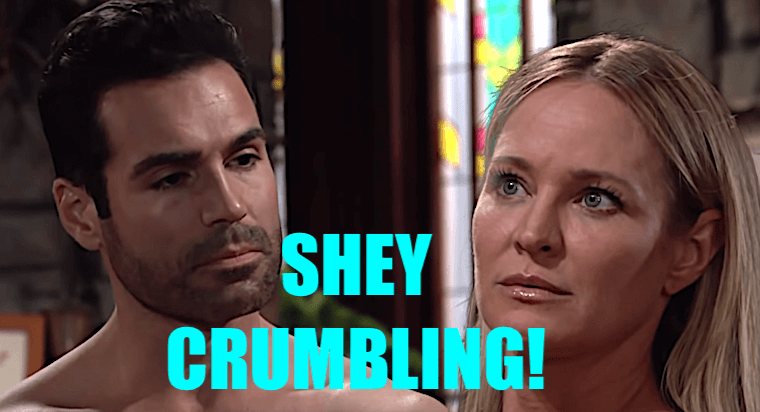 ‘Young and the Restless (Y&R)’ Spoilers for July 11th 2019 indicate that Nick Newman (Joshua Morrow) thought that he knew better. He encouraged Rey Rosales (Jordi Vilasuso) to get back in the saddle again and go to Las Vegas to meet with Riza Thompson (Tina Casciani), and Sharon Newman (Sharon Case) tags along for the ride. But it looks like this is going to backfire, woops! As we all know, Sharon says that Rey is the only one for her, but she has quite the history with Adam Newman (Mark Grossman) and sometimes, whether we want it to or not, history has a way of repeating itself.

‘Young and the Restless’ (Y&R) Spoilers: The grass is always greener on the Newman side

Rey is looking out for Sharon, he knows that she has an extremely good nature and a soft spot for Adam. He doesn’t want him taking advantage of her. Of course, he’s also in love with Sharon so jealousy plays a factor too. However, they’ve had this song and dance before, and Sharon may get tired of repeating herself. She’s not some delicate flower as Rey seems to think, she can handle herself against the likes of Adam, most of the time. However there’s something about Adam, especially when he’s hurt, that just seems to get to Sharon, and perhaps, like Phyllis Summers (Michelle Stratford) pointed out, maybe he adds a bit more spice to her life than Rey does.

‘Young and the Restless’ Spoilers: Have a little faith, Rey!

Sharon just wants Rey to trust her, which isn’t really too much to ask. It’s probably not Sharon that he doesn’t trust as much as he doesn’t trust Rey. This mistrust however is the wrong move and could send Sharon directly into the arms of the man that Rey warned her about – Adam. Adam is in a really vulnerable spot himself at the moment, having just been rejected by Chelsea Newman (Melissa Claire Egan), and with all this mistrust and heartbreak going around this is a recipe for infidelity! But we shall have to stay tuned to see just how far things get between them.

With Chelsea’s problems snowballing, Nick will contact an old friend for some help. They not only need help with the custody battle for little Connor Newman (Gunner and Rider Gadbois), but Chelsea also might need a good lawyer for if or when Detective Paul Williams (Doug Davidson) attempts to lay the smackdown on her with a murder charge. Avery Bailey Clark (Jessica Collins) is set to return and she could be the bigtime attorney that Chelsea needs. Will Chelsea need Nick to be there for her? Stay tuned!!!

‘Bold and the Beautiful’ Spoilers Thursday, July 11: Xander Spooked, Chokes As He’s About To Do the Right Thing!