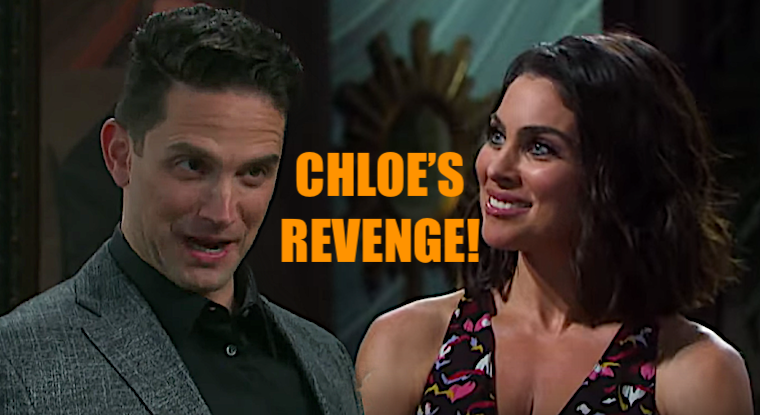 ‘Days of Our Lives’ (DOOL) spoilers for Monday, July indicate that Rex Brady (Kyle Lowder) will tell Sarah Horton (Linsey Godfrey) that he gave the necklace away to Chloe Lane (Nadia Bjorlin). However, Sarah doesn’t like this and thinks that he should have given the necklace back to Xander Cook (Paul Telfer) who gave it to her in the first place. Rex tells her just to let it go, and since Sarah doesn’t really care about the necklace anyway, she’ll be content to just move on with her life at this point.

Meanwhile, Brady Black (Eric Martsolf) will spill the beans to Chloe Lane about Gabi Henandez’s (Camila Banus) plot to take down Stefan DiMera (Brandon Barash). Chloe is rather surprised by this admission, but Brady points out that Stefan kind of has what’s coming to him. And Chloe kind of agrees, this is what he gets for sneaking around behind her back with Gabi in the first place. I guess in Salem having great sex and falling madly in love with someone equates to ‘just desserts’, alright, whatever!

However with this information, will Chloe use it against them? This is potentially a ticking time bomb. Chloe could waltz in there at any moment and reveal all to Stefan, effectively sinking the S.S. Stabi. Gabi would be heartbroken, considering she’s already fallen for him. But it looks like for now, Chloe will be content to sit back and watch Gabi slowly take Stefan down, the slow and painful way.

Dead men tell no tales – unless they are still alive, and in the DiMera tunnels.

“Nicole” Walker (Arianne Zucker) will have quite the reaction to discovering Kate Roberts (Lauren Koslow) and Ted Laurent (Giles Marini) alive in the DiMera tunnels! She’ll be furious that Xander lied to her. He had assured her that all of their problems were ‘dead and buried’, but they certainly looked very alive and rather cozy when she found them! She’ll leave them alone in the tunnels for now (thankfully, considering she could have just taken them out.), but oy vey is this going to blow up in her face later. Just how will that happen? Stay tuned!