‘Days Of Our Lives’ Spoilers: Paul Telfer Opens Up About Xander Cook, Loves To Play The Bad Guy In Salem! 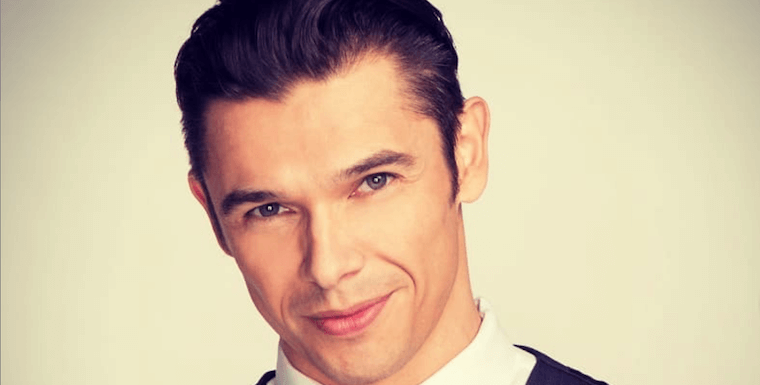 ‘Days of Our Lives’ (DOOL) spoilers tease that Paul Telfer (Xander Cook) says that there’s nothing better in this world than playing a bad guy who just happens to be a handsome, girl-crazy yet good for nothing character who just keeps slithering out of trouble. In other words, Xander Cook is everyone’s favorite “charming psychopath.” Here’s what you need to know.

‘Days Of Our Lives’ Spoilers: Paul Telfer Opens Up About Xander Cook, Loves To Play The Bad Guy In Salem!

Speaking to Soaps in Depth in a new interview, the handsome British-born actor said that his character is kind of like the animated cartoon character Pepe Le Pew and – believe it or not – Wile E. Coyote. He said, “It’s because he’s always going after things that he thinks he wants like Nicole or being CEO of Titan Industries. He has this big, garish goal that he’s chafing for, but I always wonder: If he were to ever actually get any of these things, would he be satisfied?”

And while there’s no doubt that there are some people who hate his character as much as they love him, Paul says that he’s enjoying this wild ride and not taking anything for granted. He further explained, “I’m like the cat among the pigeons, poking everybody in the ribs, pointing out their hypocrisy and generally causing trouble.If I can take a strong angle on the material that hopefully either surprises or amuses The Powers That Be, then [that can result in] a really fun role,” the actor mused. “I feel so lucky that that’s what happened with Xander because he’s changed and become more fun and enjoyable as opposed to being just a menacing character as we’ve gone along.”

Days of Our Lives Spoilers: What’s Next For Xander Cook?

For now, ‘Days of Our Lives’ spoilers tease that Xander has his work cut out for him. Not only has he cut ties with Kristen DiMera (Stacy Haiduk), but it appears as though he’s going to get into an altercation with Rex Brady (Kyle Lowder) over Sarah Horton (Linsey Godfrey). Even though Sarah is a married woman now, he just doesn’t want to let her go!

‘Young and the Restless’ Spoilers: Rey’s Past Haunts Him, Leads To Major Trouble!