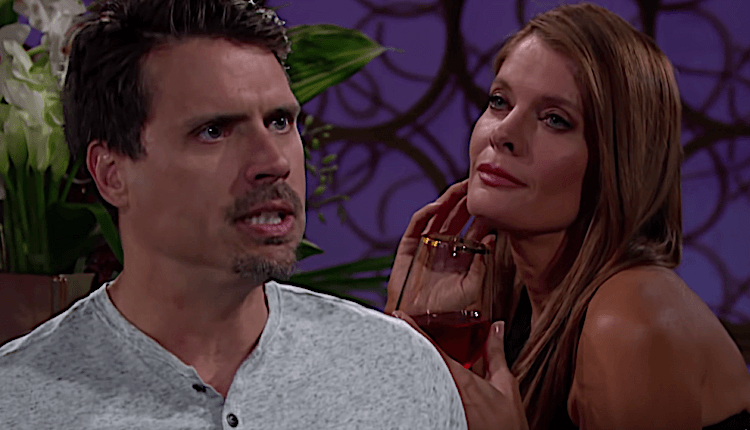 It begins at Nick’s house, where Phyllis arrives. He’s surprised to see her there. She says she knows that Nick was worried about her when she disappeared. He says that he was just upset because he knew how worried Summer Newman (Hunter King) was about her mother. Phyllis then tells Nick that she helped Adam hack into Dark Horse’s servers. Adam wants to use information against Nick in their custody battle. Phyllis says that she would never do anything to hurt Christian. Nick tells her to leave his house.

Kevin is at Adam’s penthouse. Adam has a new mission for him. He wants him to find information about Nick that will make him look like an unfit parent. Kevin says he won’t do it, mostly because of what Adam did to Chloe Mitchell (Elizabeth Hendrickson) and her daughter Delia. Adam apologizes over what happened, but makes it clear that it was in the past.

Kevin says he will see what he can do. Adam then gives him the passwords to all of Nick’s account. Phyllis appears. Adam says that he wants to work with her and mentions the Dark Horse offer again. Phyllis says that she will take the job, but warns that she’s got a few trick up her sleeve, too.

Back at home, Ana (Lorna Lott) expresses her concern for Devon and his panic attacks. He says that he stopped taking his medication because it wasn’t making him feel good. Ana says that the doctor gave him his medication for a reason. Devon says that his current state of mind has nothing to do with Hilary and then leaves.

The Young and the Restless Spoilers: Victor Doesn’t Want To Not Be In Control

At Victor Newman’s (Eric Braeden) office,  Nate (Sean Dominic) tells Nikki Newman (Melody Thomas Scott) that the treatment isn’t working the way that it should. However, there are other avenues he can try but nothing is 100 percent. Nick then stops by and Victor updates him on his health situation. Nick thinks that his father should try the new drug and do whatever it takes to beat his illness.

Victor is worried about what the drug will do to his state of mind. He doesn’t want to not be in control. Nikki and Nick tell him that he needs to put his health as his priority and that the family will take care of his business. Later on, Nikki tells Nick that it’s time for her to be his father’s protector.

‘General Hospital’ Spoilers: Too Evil To Kill Off – Jon Lindstrom Teases What’s Next For Ryan Chamberlain!

‘Days of Our Lives’ Spoilers: Here’s Why Jack’s Memory Will Change Everything!