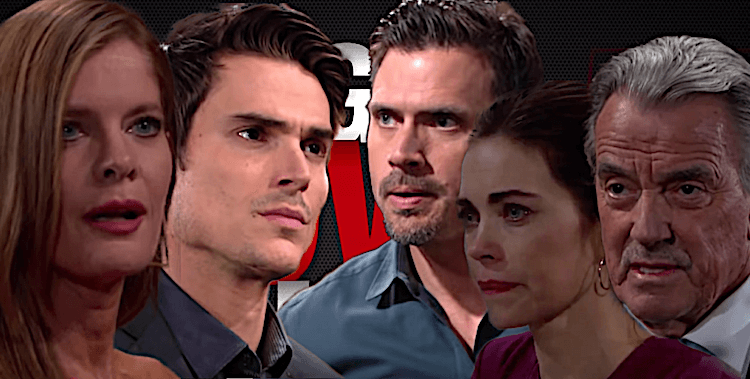 Young and the Restless (Y&R) spoilers for Monday, June 24 finds Adam Newman (Mark Grossman) has an offer for Phyllis Summers (Michelle Stafford) that she can’t pass up. Also, Elena (Brytni Sarpy) learns a secret about Devon Hamilton (Bryton James). Elsewhere, Summer Newman (Hunter King) wants nothing to do with her mother while Nick Newman (Joshua Morrow) and Victor Newman (Eric Braeden) try to work out their differences.

Victoria Newman (Amelia Heinle) stops by at Nick’s. She wants to apologize to her brother. He can’t believe that Victoria gave Adam $50 million. He says that whatever Adam ends up making from Newman will set him for life but Victoria says that she just wants Adam gone once and for all. Victoria thinks that they are doing the right thing by coming on as CEO and COO. Nick then says that he’s got his own plans for Adam while Victoria counters that they need him.

At the penthouse, Phyllis tells Adam that she reconnected with one of his associates from Las Vegas. She also mentions that it was odd for him to be in Vegas for so long, yet no one recognized him. Talk then turns to the Dark Horse. Nick says that he needs a strategic person like Phyllis on board. He also thinks that it will blow Nick away to see someone like Phyllis in charge of Dark Horse. She says that she will think about it. But for now, she’s got another Newman that she has to deal with.

At the penthouse, Devon is recovering from a panic attack. Elena is there. Devan says that this isn’t the first time that he has one and that each time he thinks about Hilary he goes into panic mode. Elena wants to talk about it but Devon says he would rather talk to a therapist. Devon then says that Hilary’s memory is making it very hard for him to move on. He gets up and takes a shower. Elena leaves.

Young and the Restless Spoilers: Summer Tells Phyllis Off

Victor arrives to speak to Nick. He starts off by saying that he should have given Victoria the CEO position a long time ago. Nick turns down the COO position because he wants to focus on Christian. Victor says that he threw Adam out of the ranch because of the custody battle. He also tells Nick that he is a very good father to Christian. Nick gets emotional. He thanks his father for everything that he has in his life. Christian then appears and wants to play with his dad.

Phyllis meets Summer at Crimson Lights. She wonders what happened to her mother. Phyllis explains that she was in Las Vegas. Summer is upset and tells Phyllis it would have been nice to have gotten some notice. She then mentions how she is getting no support from anyone. Summer tells Phyllis that she’s done with her.