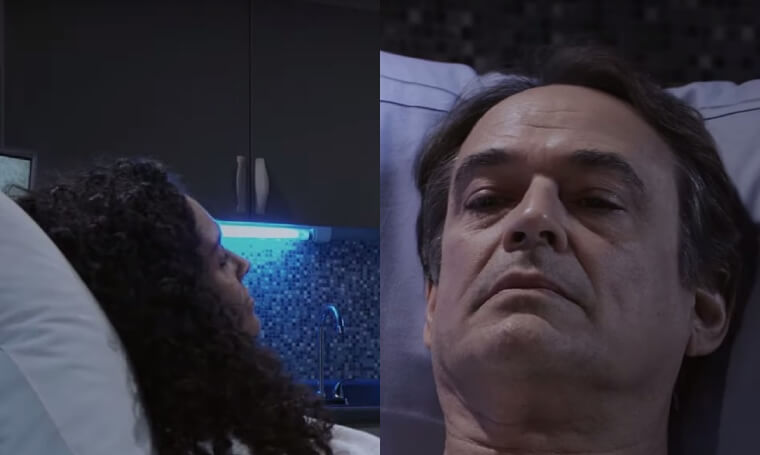 General Hospital (GH) spoilers for the Week of Monday, June 3- Friday, June 7 indicate that baby swaps are what many soap operas are famous for and General Hospital is no different! Last summer, we saw Nelle Benson (Chloe Lanier) giving birth on the side of the road and the story is now coming full circle. Here’s what you need to know.

We then saw her run into Brad Cooper (Parry Shen) and saw the dead baby in his car. That is when she handed her baby over to him and took the dead baby. She told everyone that her baby died. It took everything in his power to keep this secret and Brad was eaten up by it everyday!

Fast forward to real time. Shiloh Archer (Coby Ryan McLaughlin) is on the hunt for the mother that gave up his baby that he knows and he has been determined to find him! Willow wants to keep hiding the baby from him, but she has no idea that the babies were swapped and her baby is actually the dead baby.

Julian knows a little bit of the baby swap story, but he isn’t sure of all of the facts. He wants Brad and Lucas to keep baby Wiley, but we aren’t sure what will happen when this all comes out! Julian does want to warn Willow about Shiloh looking for the baby, but he isn’t sure if it will hurt her or help her.

There is a lot going on in Jordan’s world too. She is closing in on death, according to some. Ryan will not donate his kidney to her and things are looking very bleak for her. Stella does finally get Ryan to think about how he could be saving someone’s life by donating the kidney. We think he will give in and donate it after all.

Josslyn is so happy that her father is back in town, but will we see her leaning on him more or someone else? Spoilers have shown that she will turn to Drew and Kim and they will be the ones who help her grieve in a way that no one ever expected.

This is a very hard time for her and we really hope that she can turn it all around and start moving on with her life. There are some intense scenes coming up next week and we are so happy that we will get to see them all!

‘Young and the Restless’ Spoilers Week of June 3-7: Phyllis Is Out of Control – Goes On Massive Power Trip & Crashes Car In Drunken Rage!

Days of Our Lives Spoilers Week of June 3-7: Tragic End Around the Corner For Will, Salem Gets Ready For Heart-Breaking Death