Skip to content
Home > Days of Our Lives > Spoilers > ‘Days Of Our Lives’ Spoilers: What’s Next For Maggie And Xander? Here’s What You Need To Know! 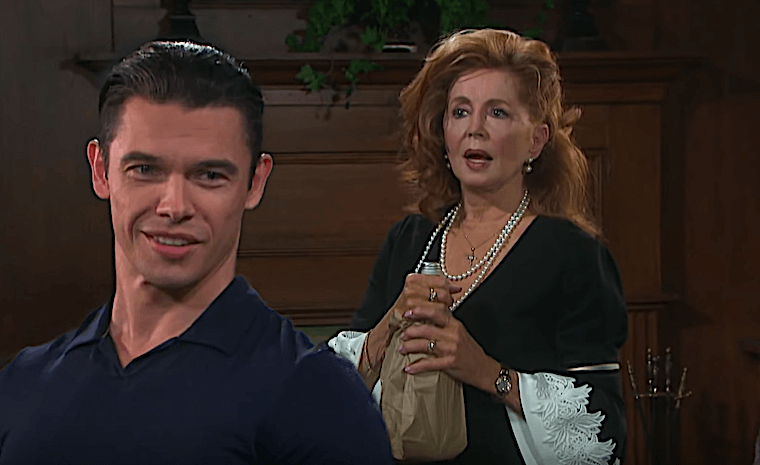 ‘Days of Our Lives’ (DOOL) spoilers indicate that there’s another side to Xander Cook (Paul Telfer) that fans don’t know about. Surprise, surprise! Actually, make that fans and every resident of Salem. It’s safe to say that viewers were pretty shocked to see Xander bonding with none other than Maggie Horton (Suzanne Rogers) when she was at her most fragile state.

‘Days of Our Lives’ (DOOL) Spoilers: What’s Next For Maggie And Xander? Here’s What You Need To Know!

While some people do like this new and improved (and also caring) Xander, a lot of other people can’t help but ask: is he faking this new persona of his? With some people, you just never know.

Many viewers were surprised to see Xander open up about his tragic childhood while also giving Maggie a helping hand after she went on another one of her drinking binges. Xander is the last person you would expect to help anyone out other than himself. Even Brady Black (Eric Martsolf) was taken aback when he walked in on Xander and Maggie past out on the couch together.

Xander told Maggie the story of his sad childhood and how he always hoped that his uncle Victor Kiriakis (John Aniston) would help him and his mother out. He told her the story of how his mother became an alcoholic after his father’s death and how she cut off all ties with him after he went to prison. Maggie had tears in her eyes. Before they knew it, the two of them passed out on the couch after a long, emotional day.

With that being said, a lot of people can’t help but wonder what’s next for Xander. Did he just do an about-face? After all, everyone knows that he is currently scheming with Kristen DiMera (Stacy Haiduk) to bring a few people down in Salem. Maggie might want to be careful before she begins to really trust him!

‘Days of Our Lives’ spoilers indicate that Maggie will catch on and uncover Xander for the two-faced lying schemer that he is. After all, Xander’s trail of lies is so long and his scheming so out of control that it’s bound to happen sooner or later.

Maggie of course is in a fragile state, which is why she’s stooping to pouring her heart out to Xander, but DOOL spoilers tease that the gig will be up shortly for fake Nicole Walker (Arianne Zucker). As we all know, there’s no honour amongst thieves – once Kristen goes down, she will more than likely oust Xander and ruin his game, too.