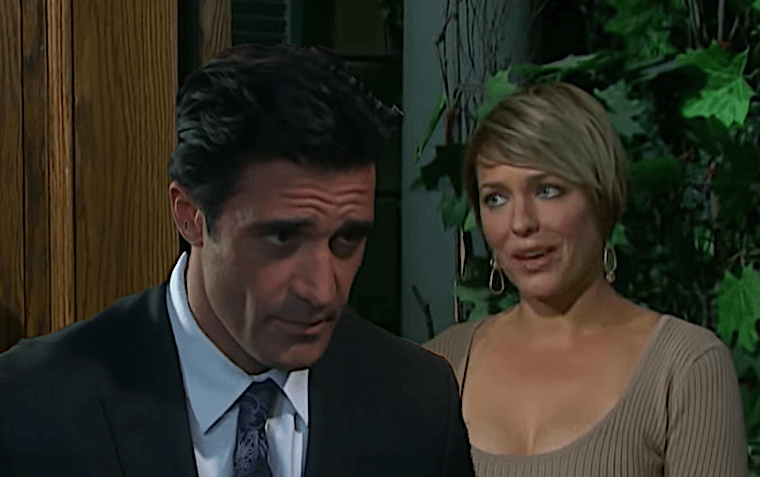 ‘Days of Our Lives’ (DOOL) spoilers for June 14th, 2019 indicate that even though Xander Cook has handed over Dr. Rolf’s diary, he will face a ton of questions and skepticism from members of the Horton clan. Including Maggie, Brady, and Sarah. Here’s what you need to know.

He wants to convince them, especially Sarah, that he’s just trying to do the right thing by Will and is trying to get a cure for him in time so that he and Sonny can have their happily ever after and so that the Horton clan won’t be down another member. Of course, we all know what Xander’s real ulterior motive is, and that’s impressing Sarah and potentially getting with her, but for now he’ll play the role of stand-up guy. Once Sarah is convinced that the diary is real, she and Rex will work out its contents for Will’s cure.

Hope and Kate will have an altercation over Ted Laurent. As we all know, Hope and Ted have recently hooked up after the demise of her marriage to Rafe. This knowledge incensed Will and made him really go off on them both, and surprise surprise, Grandma Kate will agree! She’ll point out that Ted has been involved in some really shady dealings and Hope should not be involved with him whatsoever. But Hope points out that its her life to live and that if she wants to date Ted then its her business, not Kate’s. Ted is working behind the scenes to really prove himself to Hope and make her see that he’s the man of her dreams.

But we all know that Ted’s not really a good person. He goes and gets Holly Jonas’s autopsy results and gives them to ‘Nicole’, saying that he was suspicious of Xander all along and that these results easily point to the fact that Holly could be alive.

He expects Nicole to be over the moon about the news, but since it’s not actually Nicole, that won’t be the case. No word yet on Ted’s reaction to that, but I am willing to be that he’s probably at the very least mystified by Nicole’s reaction. Has Ted Laurent finally bitten off more than he can chew? Stay tuned!!!