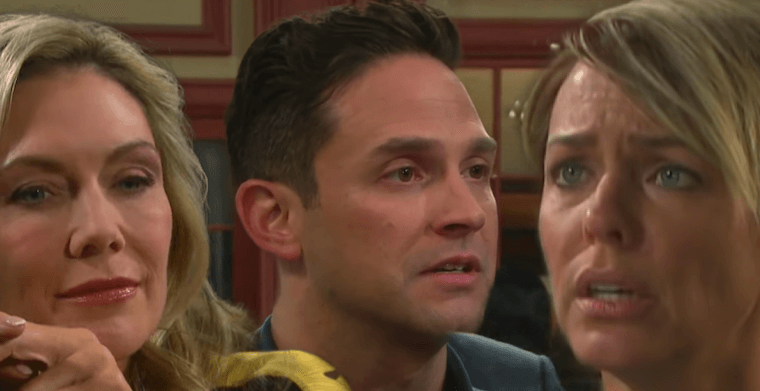 ‘Days of Our Lives’ (DOOL) Spoilers for June 13th, 2019, indicate that “Nicole” (Kristen DiMera) wants a job, and she is prepared to go directly to the top man himself to get it. Who is that, you ask? Why, Stefan DiMera of course! She’ll show up at the mansion and try and convince Stefan that she would like to run Basic Black, which, will get her foot in the door of DiMera Enterprises and poise her for takeover. Here’s what you need to know.

Man, they make it look so easy in Salem, just showing up at your future boss’s house and demanding a job and there’s no repercussions for doing this. No securty called, no police, no anything! Honey you at least need a resume! Your brother may ultimately be family but he’s not stupid! Or is he? Whatever the case, she gets the position.

Xander will play on Dr. Sarah Horton’s sympathies for Will, and tell her that he may just have the cure that she’s looking for. Of course, he’ll be much more sneaky and underhanded about it because he won’t want her to know that he’s had the diary in his hands all this time. Instead of telling her the truth, he tells her that he heard about Will’s untimely demise and did some searching around and Ta-Da!

Or something like that at least, so that he comes off smelling like a rose. Thankfully, Dr. Sarah Horton is not that easily convinced of his good intentions, but no matter the source, it will culminate in Sarah and Rex trying to turn things into a cure for Will next week. (WilSon shippers everywhere can breathe a sigh of collective relief!)

Meanwhile, two heartbroken Grandma’s, Dr. Marlena Evans and Kate Roberts will commiserate over their Grandson’s worsening condition. They’ll find strength in each other during this difficult time which is just great, because as it turns out, Will’s number isn’t up yet! And they need all the strength they can get to prepare for the upcoming wedding day! That doesn’t mean there won’t be some moments of crisis, but ultimately the S.S. WilSon will be out of the shipyard and on the road to recovery.

Meanwhile, Ted will knock himself out trying to win Hope over with gifts, but Hope really isn’t having it. Gotta say, Ted needs to stop champing at the bit, her relationship isn’t really even cold in the ground yet and now he wants to get with her? Give a gal time to grieve, Ted! Also, he may think that he can score points with Hope by getting “Nicole” back together with little Holly, but little does he know that that would be the world’s biggest blunder just waiting to happen. Sometimes it best to leave things be, Ted! How will it all turn out? Stay tuned!!!

‘Bold and the Beautiful’ Spoilers: Wyatt Walks In On Zoe – Flo – Xander, Catches Baby Swap Lie Gang In the Act!