Skip to content
Home > Days of Our Lives > Spoilers > ‘Days of Our Lives’ Spoilers: Stacy Haiduk (Kristen DiMera) Face Swaps With Susan Banks Next – What You Need To Know! 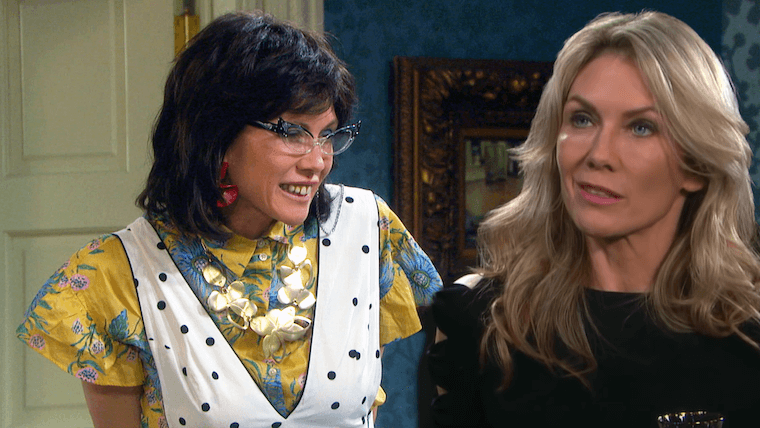 ‘Days of Our Lives’ (DOOL) spoilers talk about changing faces, spaces and places – all at once! It looks like Days of Our Lives star Stacy Haiduk is about to have a very busy summer. That’s because she’s not only playing Kristen DiMera, but she will also be playing her role as Susan Banks in the coming weeks. At this point, it will be hard for some of her fans to keep up with who is who!

‘Days of Our Lives’ (DOOL) Spoilers: Stacy Haiduk (Kristen DiMera) Face Swaps With Susan Banks Next – What You Need To Know!

According to reports, the last time that Susan was seen in Salem was back in November of 2018. Currently, Stacy is doing one heck of a job playing Kristen DiMera. Along with Xander Cook (Paul Telfer), they’ve got a sinister plan that is about to rock Salem. For weeks now Kristen has been pretending to be Nicole Walker (played by actress Arianne Zucker), just so she can get up close and personal with Brady Black (Eric Martsolf).

However, things aren’t working out the way that she had initially hoped. Brady has no romantical interest in her, which set her into a flying rage in her suite the other day. Even Xander feels that sooner or later her real identity is going to slip and when it does, they sure will have a lot of explaining to do.

‘Days of Our Lives’ (DOOL) Spoilers: She Does What In Her Spare Time?

Because Days of Our Lives is tapped six months in advance, it will be months until we get to see Susan Banks. So far producers for the show have not made any comments as to what fans can expect. Either way, things are going to be quite busy for Stacy.