‘Days of Our Lives’ Spoilers: Sami’s On the Case – Kristen DiMera’s Act As Nicole About To Come To Light 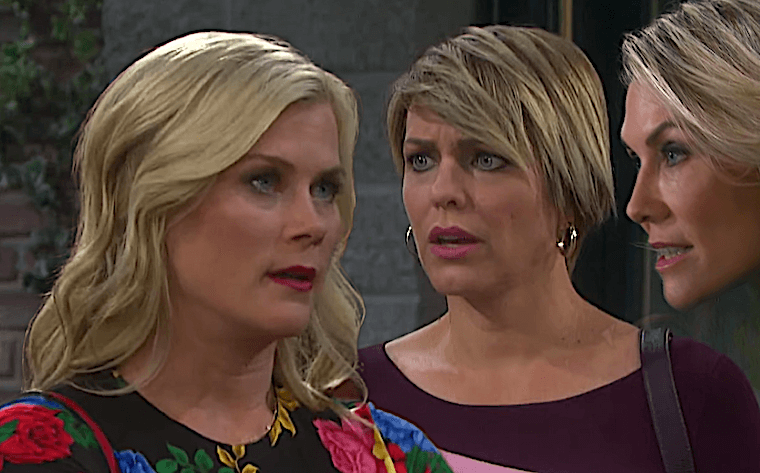 ‘Days of Our Lives’ (DOOL) spoilers indicate that Kristen DiMera’s (Stacy Haiduk) act might be about to come to light, while Ted Laurent (Gilles Marini) pulls a fast one to save his skin. If you missed all the action, let’s go over the highlights in today’s Days of Our Lives rundown.

Rex Brady (Kyle Lowder) hasn’t given up on the idea of that quickie wedding, even after Eric Brady (Greg Vaughan) showed up saying he had something to tell them both. Rex turns the talk to the big event and ends up asking Eric to do the honors. Eric reminds him that he’s not a priest anymore, but that doesn’t concern Rex. He remembers Eric saying he’d gotten ordained to perform weddings online after being asked to do so.

After a bit of awkwardness, Sarah Horton (Linsey Godfrey) agrees to the quickie ceremony and tells Eric she’d love for him to do it. Later, they have a minute alone, something Sarah uses to ask Eric what he’d been about to tell them. Eric doesn’t get a chance to reply, because Rex has returned.

Ted’s in danger today, as Xander Cook (Paul Telfer) has been ordered to take out the nosy former DA. They go back and forth a bit, but Xander’s determined to do the job before he’s the one staring down a gun. Ted should’ve kept to himself. Ted’s got a plan, though, and it works perfectly. He plays on their mutual desire to prove themselves to good women and even offers a gift: the necklace he’d wants to give Hope. He says it’s worth a lot, and Sarah would appreciate it. He also points out the standing DA offer he’s got coming to him, and how useful that would be to Xander. The necklace wins Xander over, and he decides to let Ted live—for now.

Later on, Ted is alone in the room he’s been locked in. He talks to himself, hoping that Hope will happen to see the necklace and put two and to together in time. Good luck, buddy. Of course, Hope does seem a bit more on top of things now that she’s off the job. Go figure, right?

Sami Brady (Alison Sweeney) isn’t taking Not-Nicole’s insults about her brother well. When she runs into Not-Nicole and Not-Nicole is less than receptive to Sami’s pleas on his behalf, the gloves come off. Sami blasts her for putting the blame on Eric like that, then tells her exactly what she thinks of her. Sami even goes so far as to say she celebrated learning Eric has given up on her. Not-Nicole goes on about how happy she is about that and gets ultra sarcastic about Eric maybe hooking up with Sarah. Things soon come to blows, and the pair have to be pulled apart by Brady Black (Eric Martsolf) and Lucas Horton (Bryan Dattilo). But not before a small bit of the mask gets damaged. Sami’s suspicious, but Not-Nicole manages to explain it’s a scar from the explosion. She’s not ready for people to see that. 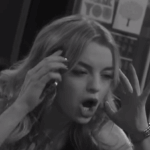 Days of Our Lives (DOOL) Spoilers: Sami Goes Off

After leaving the scene, Sami goes on about how she knows Nicole. They’ve cross paths enough to where she can tell something is off. She’s not the only one.

Back at Casa Kiriakis, Kate DiMera (Lauren Koslow) stops by to offer her condolences to Victor Kiriakis (John Aniston). He appreciates the gesture and has a drink with her while Maggie Kiriakis (Suzanne Rogers) is at a meeting. The talk soon turns to business, namely the revival of Basic Black, as well as suspicion over Not-Nicole. Ultimately, they decide Kate’s going to spy.

Later on, Kate manages to get the room key and searches Not-Nicole’s room. She finds Ted’s phone, which doesn’t help seeing as how it’s dead. She does, however, uncover something burned in a trash can and that red dress. Kate is actually looking at the red dress when Not-Nicole returns to the room.

‘Bold and the Beautiful’ Spoilers: Zoe Is the Real Villain & Hypocrite In Baby Swap Saga, Here’s Why