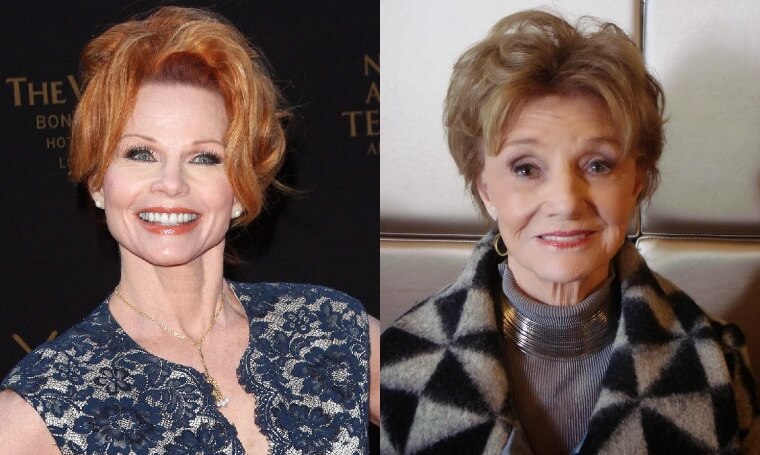 ‘Days of Our Lives’ (DOOL) spoilers head writer Ron Carlivati went on the record to explain why Kimberly (played by actress Patsy Pease) was nowhere to be see in a teaser trailer for Caroline Brady’s (Peggy McCay) upcoming funereal. As many fans can recall, the last item that we saw Caroline was back in 2016 when she moved to California to be with Kimberly and her husband Shane as she was dealing with her Alzheimer’s disease. Seeing how Kimberly was very important to Caroline in her life, a lot of fans couldn’t help but wonder why she was omitted from the scene.

When one fan wrote on Twitter, “Why is Patsy Pease as Kimberly Brady constantly left out? Kim would never not come home for her brother Bo and mothers funerals. Unbelievable,” Ron Carlivati responded with, “Sadly, she was unavailable to us as she had just had surgery.”

Other fans commented on the post with, “Class act for letting us know…thanks! I wouldn’t complain if you brought Patsy and Charlie back at some later date for a little arc!” along with, “Hope she is brought on later on for a significant scene or ten regarding Kim’s mother’s passing.”

Another Days of Our Lives fan said, “You are wonderful for responding to a fan. I am sad that Jen Lilley won’t be there, but I happen to be a fan of hers and follow her on Instagram. She has been very busy with family and Hallmark. Looking forward to the tribute episode. I just loved Caroline.”

And there you have it, folks. Patsy Pease’s absence wasn’t because she wasn’t invited back on the show, but rather because of personal reasons instead. Now, whether or not we will be seeing Patsy on the canvas in the future remains to be seen. It’s without a doubt that fans would most definitely love to see Kimberly back in action in Salem. What do you guys think?