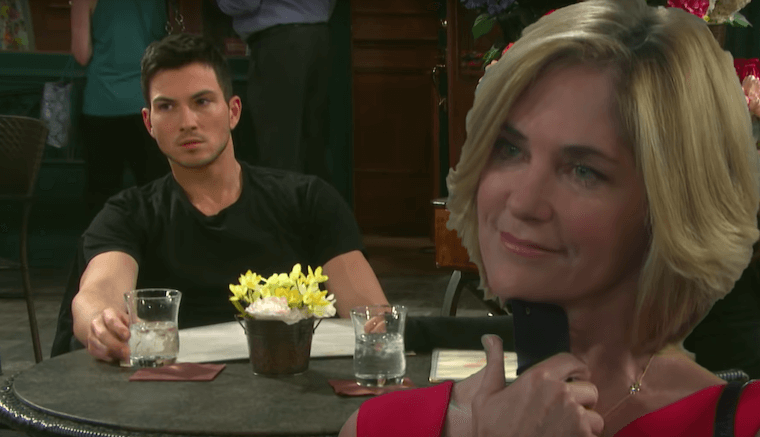 ‘Days of Our Lives’ (DOOL) spoilers suggest the end is near for Claire Brady (Olivia Rose Keegan), as well as for Eve Donovan (Kassie DePaiva). If you missed the action, let’s get to the highlights in today’s Days of Our Lives spoilers.

With the bad news about Will Horton (Chandler Massey) spreading, things are getting desperate. Marlena Evans (Deidre Hall) is tasked with informing Sami Brady (Alison Sweeney) of the situation, while John Black (Drake Hogestyn) is comforting Sonny Kiriakis (Freddie Smith).

While Marlena had visited with Will, John and Sonny talked about the situation. John revealed that he has a lead on that diary, but it might be hard to get it. Sonny questioned him on this lead, and John admited that Eve is the one who likely has it. She just won’t admit it.

Rightfully distraught and frustrated with the situation, Sonny goes to sit with a sleeping Will for a while. He places the protective charm back on him, then vows to keep fighting. He just needs Will to as well. He later channels Victor Kiriakis (John Aniston) when he stops by Eve’s office to threaten to kill her if that diary doesn’t show up.

Days of Our Lives (DOOL) spoilers: It’s hard to get good help these days

Tripp Dalton (Lucas Adams) and Hayley Chen (Thia Megia) made a very bad choice in going back to Rory (Kevin Riggin) for their new passports. Their help is on his way to deliver them when he runs into Claire. Literally. The collision leads to him dropping the passports, which Claire finds and opens. She’s clearly furious to see Tripp plans to run off with Hayley. So much so, we question how Rory managed to survive his life of crime so far. Her really bad lies convince him to give up their location, as well as hand over the passports to her. We can’t. Anyone should be able to see she’s full of it here.

Later, he comes across Ben Weston (Robert Scott Wilson), who he also gives the location to, and Ciara Brady (Victoria Konefal), who he tells Ben threatened to strangle him. This guy’s so chatty, he could probably have crime in Salem at 0% in a day, should he decide to collab with the law.

So, why exactly was Ben looking for Claire? We’ll get to that in a second. First, Claire had run off after placing his and Ciara’s orders to call Eve again. She tells Eve he suspects her, and had caught her trying to torch Tripp’s clothes. Eve’s “What?” reaction was awesome. Somehow, despite knowing this girl had already confessed to the cabin fire besides this, she agrees to help Claire. She’s going to meet her to get the lighter, but we doubt Eve would even know what to do with it. She after all, didn’t seem to know what she was doing while releasing Rory.

She’s probably regretting that. Claire’s a no-show, because she’s busy chasing after Tripp and Hayley. Eve places multiple calls expressing her displeasure, one in which she says she’s beginning to doubt Claire’s stability. Seriously? You’re just now doubting? Have you even met Claire? She doesn’t get time today to try again, because that’s when Sonny dropped in to issue his threat. 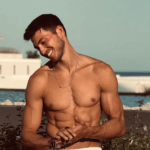 So, what was Ben after Claire for? He recognizes the ring tone as what he heard in his hypnosis session. Ciara begs him to tell her what’s upsetting him, but he won’t. We’re guessing because of Ciara’s blind defense of Claire in this whole issue. Instead, when Ciara leaves him alone a minute to have a chat with Eve (who’d just threatened to lock Ben up), he heads off in search of Claire. He threatens Rory to tell him where she is, then makes his way to the cabin.

Meanwhile, Claire has already arrived to see Tripp and Haley together. She’s enraged by his lie and convinces herself he’d planned to run away with Haley all along. She contemplates confronting them, but decides Tripp will just (rightfully) accuse her of being jealous and jumping to wrong conclusions. She also dismisses calling the cops, before deciding to douse some logs resting against the cabin with flammables and torch the pile with Tripp and Hayley inside. We’re sort of hoping Ben never makes it there. He’ll just get this pinned on him, too.