SpoilersNewsThe Bold and the Beautiful 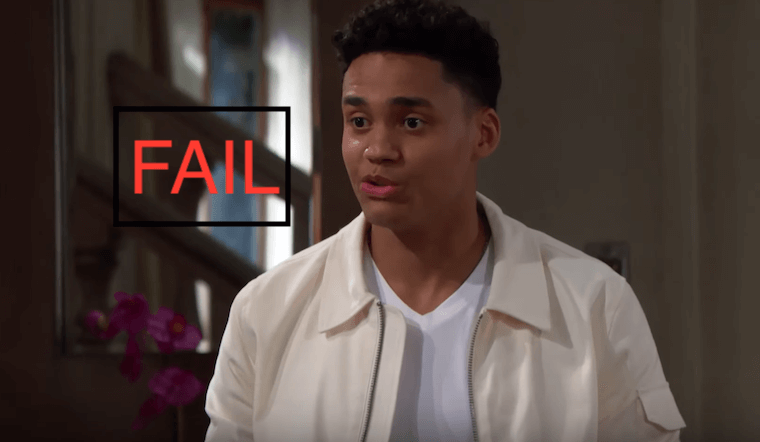 ‘Bold and the Beautiful’ (B&B) Spoilers for Friday, June 7 indicate that Xander will be all-fired ready to blurt out the truth to Hope and Laim about their baby girl, but will have a change of heart at the last flipping minute! ARGH! It’s enough to make you want to tear your hair out, folks! Many fans have come out all over social media showing their disapproval and stating they’re fed up with where this storyline is leading. Of course, the multiple teaser promos hinting at a reveal don’t help. Here’s what you need to know.

As we all know, Zoe is his girlfriend and ‘love is a powerful thing’ (seriously, whatever!) and because of that he will ultimaately not tell the truth to Liam and Hope about their little girl because he is afraid that Zoe will be dragged off to jail, so it’ll be another round of waiting for the truth to come out.(At this point, can we just introduce a talking parrot character and have it tell Hope the news? That way no one would get into trouble.)

Of course, Thomas might have something to do with his decision ultimately. Thomas wants Hope and won’t want anyone screwing up this annullment for him, so he might employ the use of a shepherd’s cane to drag him out of the room. Kidding.

‘Bold and the Beautiful’ (B&B) Spoilers: More Of the Same Old

But seriously, something that Thomas says or does will cause Xander to zip his mouth, leaving Hope and Liam confused. Why was Xander so passionate about stopping their anullment? How many people are invested in their relationship in LA? Why was it so urgent that he come running in at the last minute to alert them of some horrible mistake they were making? Certainly he could have nothing to gain by doing that. If anyone wanted Xander to stand up and be a knight in shining armor, well, today is not the day.

Meanwhile, Zoe and Flo will butt heads with each other. They’re so tired of being intertwined in each other’s lives but this secret bonds them, whether they want it to or not. Unless one of them can actually grow a spine and tell Hope the truth, and sadly that does not look like it’s going to happen too soon. Zoe wants to maintain hers and her Father’s freedom and Flo has too much at stake (new job, new relationship, new living arrangements) to tell the truth. Seriously, we need a talking parrot, stat! Stay tuned!

‘Days of Our Lives’ Spoilers: Star Paul Telfer (Xander Cook) Has A Secret Crush and You Won’t Believe Who It Is!

EastEnders Spoilers: Robbie Jackson Is Back In Walford With Huge Surprise!