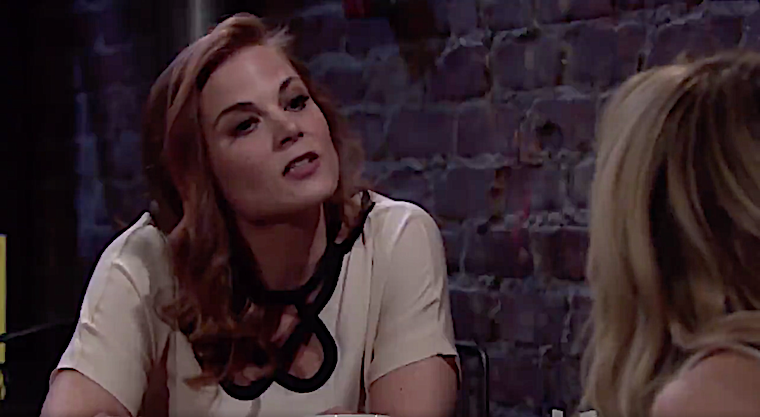 The Young and the Restless spoilers for Wednesday, May 15 find Rey Rosales (Jordi Vilasuso) questioning Mia Rosales (Noemi Gonzalez) if her baby really belongs to him. Phyllis (Gina Tognoni) has a confrontation with Summer (Hunter King) while Traci (Beth Maitland) advice for Cane (Daniel Goddard).

It begins with Traci telling Lauren (Tracey E. Bregman) that she’s working on a new book. The two ladies are having lunch at Society. Then then start talking about Jack Abbott (Peter Bergman). Lauren thinks it’s high time that he finds a real woman who will love and take care of him. Cane arrives and tells Traci that he has received a letter from Lily (Christel Khalil). Traci doesn’t think it’s a good idea for Cane to read too much into it.

At Jabot, Jack tells Phyllis that he knows what she’s been doing behind his back. Phyllis denies accessing the company servers. The two exchange tense words before Phyllis warns him that he will regret his decision. She then takes a photo of his logo before she sees herself out.

At the hospital, Rey and Arturo (Jason Canela) are both relieved that Mia is free to go home. She was having Braxton-Hicks contractions. Rey accuses her of faking it so Paul (Doug Davidson) wouldn’t arrest her. They then bicker before Rey starts demanding a paternity test. He questions whether or not the baby is actually his. Arturo tries to defuse the situation a little bit and says that no matter what, the child will have both a great father and a great uncle – regardless of who it will be.

At the park, Kyle tells Lola that he really wants them to live together. He’s ready to take their relationship to the next level. He says there’s nothing but pros in this situation. Lola admits that she would love to come home to him every night. Lola likes the idea until she realizes that she would end up living in the Abbott mansion. Instead, she wants them to get their own apartment. Kyle thinks it’s a good idea but doesn’t want to live in Arturo’s apartment. He then says that it doesn’t matter where they live as long as they are together.

Nick (Joshua Morrow) is comforting Summer. They both agree that it’s time to get over Kyle, however, Nick is surprised that she wants to stay at Jabot. Nick then tells her that Adam Newman (Mark Grossman) is alive and well. Phyllis then shows up and starts shouting at Summer for turning her back on her. Nick finds out that Phyllis hacked Jabot and says it’s a new low for her. Summer dismisses her mother but tells her Adam is back. Nick then tells Phyllis that she needs to get her life together and stop using other people as stepping stones. 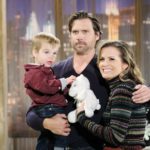 The Young and the Restless Spoilers: What Happened To Christian Newman (Sully) On Y&R?

The Young and the Restless Spoilers: Jordi Vilasuso (Rey Rosales) Honors His Wife In a Special Way On Mother’s Day