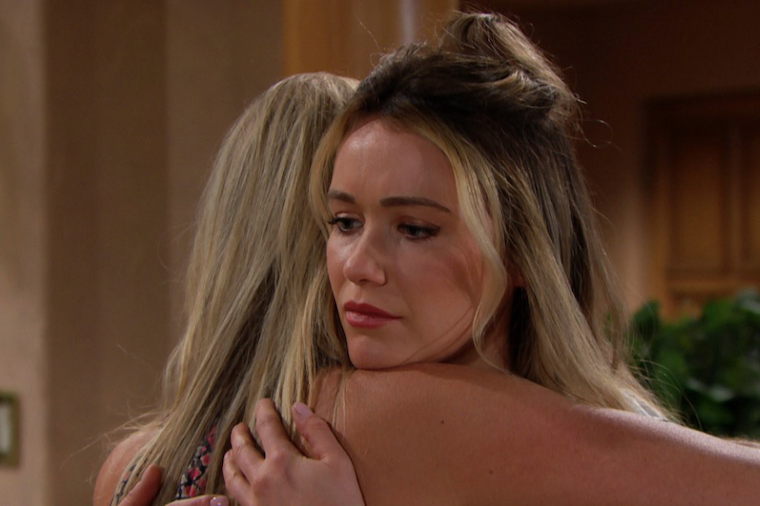 The Bold and the Beautiful recap Tuesday, May 14 says that Brooke stands by Katie’s side as she asks Shauna for a significant favor regarding Bill; Flo and Shauna find themselves with a new and luxurious living arrangement.

At Forrester Main house, Brooke apartment – Katie Logan (Heather Tom) and Brooke Logan (Katherine Kelly Lang) are talking together. Brooke wants to know how Katie is doing with Bill. They are fine and friendly, Katie says. Brooke thinks she should give Bill another chance because he changed, but Katie doesn’t know if he can be trusted.

Katie can’t forget when she saw Bill Spencer (Don Diamont) and Shauna Fulton (Denise Richards) together at Il Giardino restaurant together and they seemed closed. Bill and Shauna have a past together. Before considering a future with Bill, she and Shauna have to talk. She can’t consider any kind of reconciliation with Bill if there’s any doubts in her mind.

She calls Shauna and asks her to come to Brooke’s house. When Shauna arrives, she tells Brooke and Katie that Quinn Fuller (Rena Sofer) invited her and Florence Fulton (Katrina Bowden), her daughter, to stay at Eric Forrester’s (John McCook) state.

Katie explains that she saw her with Bill at Il Giardino restaurant and they seemed very close. Shauna swears there’s nothing going on between her and Bill. Katie wants to ask her something else, she asks for a favour. Katie wants to be sure of Bill’s commitment. She has a plan and she needs Shauna’s help. Katie wants Shauna to test Bill’s resolve. She wants to know if Bill’s dedicated to Will Spencer (Zane Achor), her son, and to her.

At Bill’s house – Bill and Will, his son, are spending some quality time together. Bill teaches him how to behave in life and how to negotiate. Justin walks came in. He wants to know how things are going between him and Katie since she refused his proposal. Justin thinks he should gave Katie the time she needs and everything will be ok, just to have patience, but Bill doesn’t isn’t feeling too patient. 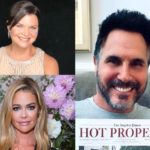 The Bold and the Beautiful Spoilers: Dollar Bill Is a Wanted Man – Is He a Better Match With Shauna or Katie? Vote In Our Poll!

Bill understands that he has to conquer Katie’s trust again. He wishes Katie can see that he changed. He doesn’t know how to make her believe that. Justin is certain that Katie will come to him again because she wants to see her family reunited. Bill’s ready to put the time and effort towards that purpose. He also thinks that  he has to move on with his life if Katie refuses him again, but he hopes he it doesn’t have to come down to that.

At Forrester Main house – Quinn and Shauna are together. They are both very happy that Shauna and Flo will live under the same roof with Quinn. Flo walks in and Shauna tells her that from now on they will live at Eric’s estate. Flo doesn’t know what to say.

Shauna and Quinn beg Flo to accept this offer. Nothing could make Quinn happier than having both of them with her. This way Flo will be closer to Wyatt Spencer (Darin Brooks). Flo tells them that Wyatt asked her for a date and she accepted. Quinn’s very excited.

Quinn leaves for a moment and Flo can’t stop thinking about her secret, but Shauna encourages her to think about her life. Life’s so good and she has to embrace this life, she says. There’s no looking back. They worked so hard in their life and they deserve this. Flo made a mistake, but she doesn’t have to let that swallow her.

The Bold and the Beautiful Spoilers: Katie’s Plan For Shauna To Seduce Bill – Worst Idea Ever?