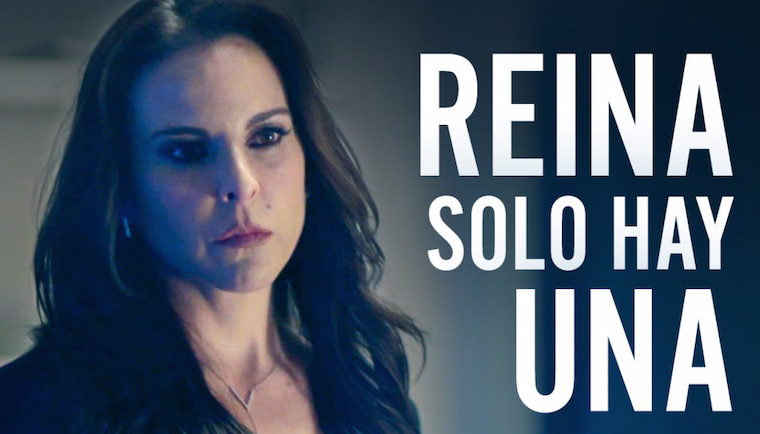 In your Monday, May 13 La Reina del Sur recap season 2, Episode 15 “El primer beso” Teresa Mendoza (Kate del Castillo) tries to get some information, while Paloma Aljarafe (Agata Herranz) proves that the stupid is apparently strong in her family. In case you missed your La Reina del Sur spoilers, let’s catch up now.

Epifanio Vargas (Humberto Zurita) has decided to take things into his own hands and confront Carmen Martínez (Patricia Reyes Spíndola) himself. She’s surprised to see he’s not sending his lapdog, but he wants to get to the point. He’s got divorce papers for her to sign, and he’s not taking no for an answer. Carmen, however, is determined to be primera dama de Mexico. So much so, she’s willing to continue sleeping alone while he runs around with whoever he chooses. He totally insults her by comparing her to a broken down jalopy, then gives her one week to sign the papers.

Meanwhile, Alejandro Alcalá (Mark Tacher) is getting a visit from Genoveva Alcalá (Kika Edgar). She’s been trying to get in touch with Epifanio, but he’s not answering. Alejandro tries to get her to let go of the idea of going public with her relationship with Epifanio, but Genoveva insists that he promised they’d come clean. While they talk, she becomes convinced that Epifanio is hiding in another room and tries to open the door. Alejandro stops her and claims that it’s just a “sexual accident” of his. When he finally gets Genoveva to leave, he opens the door and demands to why the person inside is making so much noise.

Morgana (Norma Angélica) continues to be suspicious and distrustful of Sofia Dantes (Isabella Sierra), accusing her of doing weird things in her room. While Morgana is doing this, she’s making a cross on the outside of the door and praying to lady death to protect her. César “Batman” Güemes (Alejandro Calva) is amused, because he thought Morgana wasn’t afraid of the kid. Morgana thinks it’s better to take precautions, then says something really weird after he leaves: I don’t want to hurt her anymore.

Meanwhile, Sofia is preparing something in her room while all the things that have been said about her mom run through her head.

Keeping with the complicating things theme that’s been going on, Paloma does what’s possibly one of the stupidest things possible tonight. She sneaks out of the safe house their hiding in, then wanders through the streets of Spain, even as she and her sister are front-page news. She enters a store to supposedly buy shaving cream and a razor, but instead swipes something at the counter after creating a distraction.

Later on, Rocío Aljarafe (Sara Vidorreta) is wondering what’s wrong with her. She reminds Paloma they were warned against leaving, but Paloma isn’t paying attention. She goes into another room, then comes back later with a positive pregnancy test. Seriously? She couldn’t have waited and asked Teresa to arrange for one to be brought to them? We think Teresa might be better off letting the Aljarafe sisters (or at least Paloma) fend for themselves…

Speaking of Teresa, she’s been busy tonight. She arrived for her dinner with Francesco Belmondo (Raoul Bova) with a plan, one that Oleg Yasikov (Antonio Gil) will be ready to back her up on if she needs help. Given Oleg’s concerns and other factors, Teresa has decided to get info out of her “friend.”

She baits him into taking some shots, claiming she doesn’t trust anyone who doesn’t drink. Once she’s gotten a few shots in him, she starts asking all kinds of questions about him, his past, and possible connection to the Aljarafes. He manages to keep the innocent man act up, then even gets a kiss off her before they say goodbye for the night. Whether Teresa believes him or not remains to be seen.

The gypsies take over the Aljarafe house tonight, locking Cayetana Segovia (Luisa Gavasa)  and her maid in one of the rooms under armed guard. While they’re locked up, Triana (Aroha Hafez) and the rest are carrying Juan’s (Pol Monen) coffin onto the property for a memorial. Cayetana is so upset by everything going on, she appears to have a heart attack. 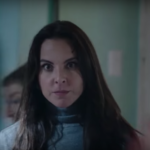 The Young and the Restless Spoilers: Jordi Vilasuso (Rey Rosales) Honors His Wife In a Special Way On Mother’s Day