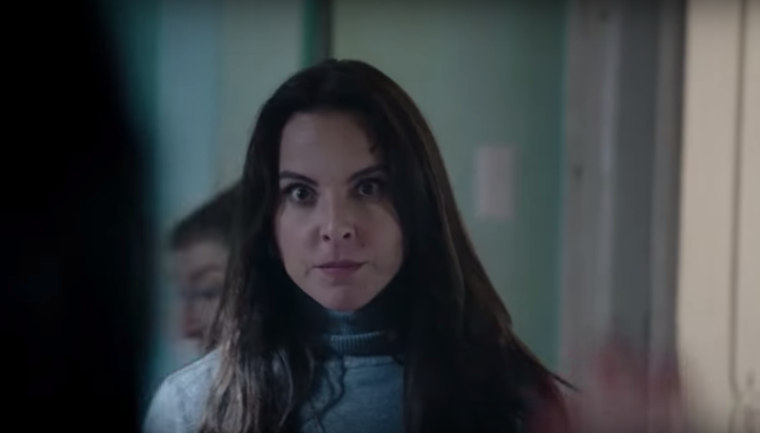 Oleg Yasikov (Antonio Gil) arrives at his old club in Spain to settle a score with Yasily Ivanovich. He and Anton (Dimitry Anisimov) corner him and Oleg forces Yasily to play Russian Roulette. Although, Oleg doesn’t like that name. He feels it makes Russians sound like suicidal cowards. He prefers to call it “Wheel of Fortune.” He hands Yasily the gun and tells him he’ll do it twice. Once for Anton for killing his family, and again for Teresa Mendoza (Kate del Castillo) because he sold her out to Siso Pernas (Miguel Ángel Blanco). Yasily is lucky the first time, but gets a bullet on the second try. Oleg, satisfied he’s now had his vengeance, leaves.

Meanwhile, Teresa and Fancesco Belmondo (Raoul Bova) are entering the hostel, pretending to be Federal Police here to collect the Aljarafe sisters. They pretend to arrest Rocío and Paloma Aljarafe (Sara Vidorreta and Agata Herranz), then bring them downstairs. The owner of the hostel is suspicious, because the girls aren’t handcuffed. This leads to a confrontation where the owner is pushed down the stairs by Rocío.

Now, the real police are on their way, and they need a plan. Francesco gets tied up alongside the owner, then Teresa has the girls hide elsewhere while she waits in their room. Francesco pretends to her the owner’s husband and sends Captain Pablo Flores (Juan José Arjona) upstairs to collect the girls, while he is supposedly going to untie his “wife”. Instead, he threatens that she’ll be going out of a three-story window next time.

Upstairs, Flores is surprised to find Teresa and the pair confront each other, while he arrests her for confessing to the murder of Teo Aljarafe (Miguel de Miguel). He brings her out to the stairway and cuffs her to the railing while he asks about the whereabouts of the girls. He’s taken by surprise from behind by Francesco, while more reinforcements arrive. How are they getting out of this? They brilliantly play the hostel owners being held hostage by the dangerous Aljarafe sisters. This gives them all the chance to get a jump on the cops and escape.

Later, they meet with Oleg, who has a place owned by someone he trusts where they can hide. Teresa warns the girls that they’re going to have to get used to being in hiding now, and they’ll never be able to live in Spain again. She helps them clean their wounds before leaving to meet Francesco.

The tensions between Morgana (Norma Angélica) and Sofia (Isabella Sierra) come to a head today. Morgana walks in on Sofia feeding the cat sardines and tries to take it away. Sofia resists and they end up getting physical. During the argument, Morgana taunts Isabella by telling her Teresa is a dangerous drug trafficker and murderer. She says Teresa is the one who killed her father, but Sofia doesn’t believe her because Lupe said it wasn’t so. When Morgana leaves (after nearly choking Sofia), Sofia repeats several times her mother is no killer. Can they please kill Morgana off already? Considering Sofia was to be treated well and not told of the past, such a miserable, hateful person was a crap choice of nanny.

Epifanio Vargas (Humberto Zurita) is planning to deal with Carmen Martínez (Patricia Reyes Spíndola) face-to-face, as he thinks that is the best way to handle the situation. He and Alejandro Alcalá (Mark Tacher) are interrupted with news that a scandal is breaking.

It’s Marietta Lancaster (Anna Ciochetti), promising a huge investigative report into Epifanio’s past, which will be aired the following week on her program. This doesn’t sit well with Genoveva Alcalá (Kika Edgar), who confronts Marietta. Marietta thinks Genoveva owes her one, as this will bring massive ratings to Genoveva’s interview with Epifanio tonight. Genoveva confesses the slot was going to be used to announce their engagement and thinks Marietta just has it in for Epifanio. Marietta thinks that this is a very bad idea, and warns Genoveva to be careful. 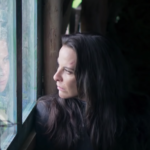 Days of Our Lives Spoilers: What Happened To Nicole Walker (Arianne Zucker) On DOOL?

Flesh And Blood Spoilers: Kicks Off On Dramatic Opening Night