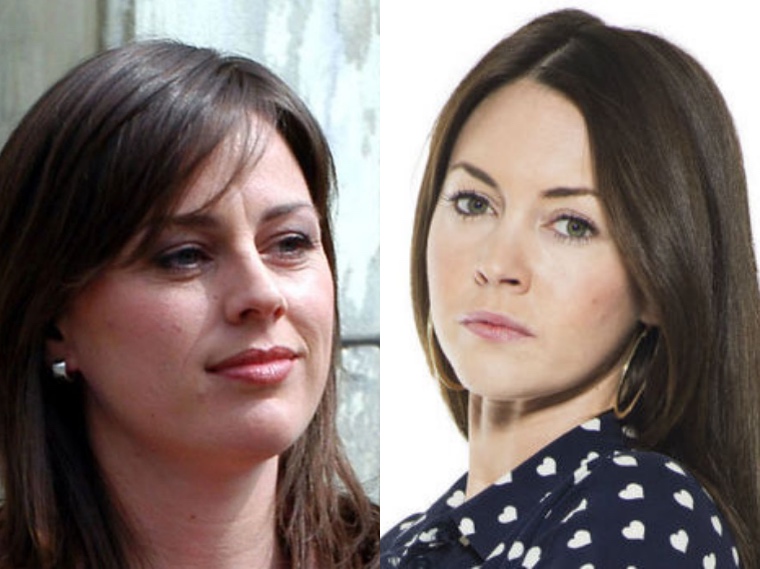 EastEnders spoilers indicate that Kat (Jessie Wallace) and Stacey Slater (Lacey Turner) about to go to war as their family is begin driven apart by a feud that seems to have no end. Here’s what you need to know.

Apparently, the two cousins – who have been capable of playing ‘nice’ in the past – will be at each other’s throats in the coming weeks. And while no one knows what has sparked this new war in between them, it looks like one of the reasons behind their new feud is because of Stacey’s son Arthur, Kush Kazemi.

Eastenders producer Jon Sen recently told Metro.co.uk in an interview, “The Slaters haven’t had an easy ride over the past few weeks but the drama doesn’t stop there – when loyalties are tested, Kat and Stacey go to war, giving fans another chance to enjoy Jessie Wallace and Lacey Turner at their finest.”

Eastenders spoilers also indicate that Lacey Turner is set to go on maternity leave by the end of this year, which might give fans a hint as to how things will end up between her character and Kat. The brunette beauty is currently expecting her first child with her husband, Matt Kay.

However, despite her on screen feud with her family, Stacey’s mother Jean could help bring them back together. That’s because time is ticking away for her and she continues to battle her cancer. She’s been fighting Ovarian cancer in a heartbreaking storyline that has also taken a huge toll on her mental health. Actor and comedian Adrian Edmondson will be joining the BBC soap in the coming weeks as a plan who will help brighten up Jean’s spirits during this very difficult time in her life.

Sen added, “Jean’s story will continue into the summer with Gillian Wright continuing to give a heartbreaking portrayal of a woman coping with the physical and mental reality of living with cancer. But Jean may soon have a reason to smile in the form of straight-talking Daniel, played by the wonderful Adrian Edmondson.”

Eastenders airs weeknights on the BBC network. Check your local listings for times. In the meantime, drop us a line with your thoughts in our comments section below. And as always, come back to Daily Soap Dish for all the latest news, updates and spoilers on Eastenders and all of your favorite British and daytime television soaps right here!

The Young and the Restless Spoilers: What Happened To Christian Newman (Sully) On Y&R?

EastEnders Spoilers: Is Karen Taylor About To Leave Walford For Good With Kayden?

EastEnders Spoilers: Could Gray Atkins Be About To Kill His Wife After Learning Of…